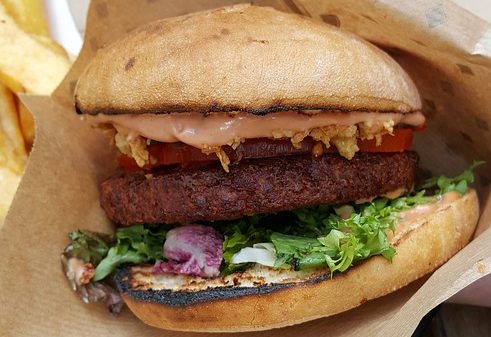 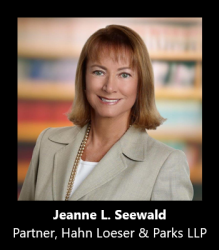 A beef arose in April 2022 when Vegadelphia, a plant-based food company out of Philadelphia, recently sued Dunkin’ and Beyond Meat claiming infringement of its federally registered trademark WHERE GREAT TASTE IS PLANT-BASED.  The dispute arose when Dunkin’ used GREAT TASTE, PLANT-BASED as a slogan to advertise the Beyond Sausage breakfast sandwich that was once widely available at Dunkin’ locations throughout the United States.

Within its Amended Complaint (the initial Complaint was dismissed on the basis of it being a shotgun pleading and failure to comply with local rules), Vegadelphia describes itself as a company that sells meat alternatives in a variety of establishments including fast food restaurants, traditional restaurants and pizza shops. Vegadelphia sells these products under the WHERE GREAT TASTE IS PLANT-BASED mark (U.S. Reg. No. 4,698,499), and, after adopting the mark in 2013, Vegadelphia alleges that it added the mark to all of its key packaging and marketing in 2014.

Vegadelphia claims to have first become aware of the relationship between Dunkin’ and Beyond Meat in or around December of 2019, which included the donut chain partnering 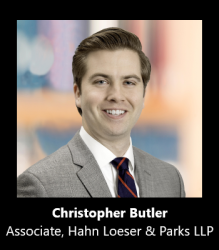 with the plant-based meat company to market a vegan sausage breakfast sandwich through Dunkin’s stores.  Vegadelphia then noticed the promotional efforts of Dunkin’ and Beyond Meat using the GREAT TASTE, PLANT-BASED slogan on co-branded store signage, marketing materials and promotional materials including t-shirts, the Dunkin’ mobile application, the Dunkin’ website, and ads on social media.

Vegadelphia alleges that both Dunkin’ and Beyond Meat knew of its federal registration when they adopted the GREAT TASTE, PLANT-BASED slogan to use in the sale of their competing product.  Vegadelphia not only takes issue with the adoption of the GREAT TASTE, PLANT-BASED slogan, but also with the placement and imagery used in the branding of Dunkin’ and Beyond Meat, including the font style, stacked text, and sunray background imagery, which Vegadelphia alleges is “beyond coincidence” in its similarity to Vegadelphia’s own branding.  Vegadelphia also makes note of Beyond Meat’s attempt to secure federal trademark protection for PLANT-BASED GREAT TASTE (U.S. App. Ser. No. 88/835,461) for use with meat substitutes, vegan and vegetarian meat products, and plant-based meat substitutes, which Beyond Meat filed on March 16, 2020.  Indeed, Vegadelphia points out that Beyond Meat failed to secure protection for this mark—and ultimately expressly abandoned the application—after receiving an Office Action in which, despite the flipped phrasing, the examining attorney rejected the PLANT-BASED GREAT TASTE mark because of a likelihood of confusion with Vegadelphia’s U.S. Reg. No. 4,698,499 for WHERE GREAT TASTE IS PLANT-BASED.

Vegadelphia brought this dispute in the U.S. District Court for the Middle District of Florida which is part of the Eleventh Circuit Court of Appeals requesting injunctive relief and money damages.  The Eleventh Circuit has established seven factors for determining a likelihood of confusion:  (1) the strength of the plaintiff’s mark; (2) the similarity between the two marks; (3) the similarity between the goods and services offered by the parties; (4) the similarity in the parties’ methods of sale; (5) the similarity in the parties’ methods of advertising; (6) the defendant’s intent in adopting the allegedly infringing mark; and (7) the existence of actual confusion.  Within its Complaint, Vegadelphia makes the argument that its WHERE GREAT TASTE IS PLANT-BASED mark is a strong mark and that “the parties’ slogans, products, customers, marketing channels, and distribution channels are also identical or nearly identical, creating an extremely high likelihood of confusion between them as to source, sponsorship, or affiliation.”  Indeed, this position is similar to the conclusion reached by the examining attorney at the USPTO.

The defendants likely will be asking where’s the beef; however, based upon the facts as presented in the Amended Complaint, it appears that Dunkin’ and Beyond Meat may have an uphill battle in refuting Vegadelphia’s claims of confusion between the marks. This is especially true in view of the similarities in appearance, pronunciation, commercial impression, and the goods offered by the parties, all of which also were recognized by the USPTO examining attorney in its determination that the marks are confusingly similar.