A can opening cannot be a sound mark, European court rules

The sound of an opening drinks cannot be protected as a trademark according to the European Court.

We all know the examples of sound trademarks, for instance, the MGM lion roar, or Netflix sound logo, or McDonald’s Corporation’s five-note “I’m lovin’ it” jingle.

In the European Union the sound marks can be registered as EU trademarks according to Directive (EU) 2015/2436 and EU Trade Mark Regulation (2017/1001). In general sound can be registered as a trademark in EU if it is capable of: (i) distinguishing the goods or services of one undertaking from those of other undertakings; and (ii) being represented on the register in a manner which enables the competent authorities and the public to determine the clear and precise subject matter of the protection afforded to its proprietor.

Recently, the European Court gave a ruling for the first time on the registration of a sound mark submitted in audio format (Ardagh Metal Beverage Holdings v EUIPO T-668/19).

The application for sound mark was filed for registration to the EUIPO by Ardagh Metal Beverage Holdings GmbH & Co. KG (Germany) in the audio file format and claimed protection for 6, 29, 30, 32 and 33 Nice classes (including in respect of various drinks and metal containers for storage or transport).

An audio file contains the sound made by the opening of a drinks can, followed by silence and a fizzing sound.

However, EUIPO refused this sound mark registration in view of the lack of distinctiveness for a commercial origin, that has been also confirmed by the Board of Appeal The Applicant unsuccessfully appealed against this decision before the European Court of Justice (CFI).

The General Court noticed that the criteria for assessing the distinctive character of sound marks do not differ from those applicable to other categories of marks and a sound mark must have a certain resonance which enables the target consumer to perceive it as a trade mark and not as a functional element or as an indicator without any inherent characteristics. Thus, the consumer of the goods or services in question must, by the simple perception of the sound mark, without its being combined with other elements such as, inter alia, word or figurative elements, or even another mark, be able to associate it with their commercial origin.

The Court also notes that the relevant public would associate the sound of fizzing bubbles with drinks in general.

It is obvious that the above sound trademark application is not distinctive enough to indicate the commercial origin of goods and distinguish it from usual sound of all cans opening.

It’s not the first attempt to register non-registrable sound: in the mid of 90-th, the Harley-Davidson filed to USPTO a sound trademark application for its distinctive V-twin engine sound with the description “The mark consists of the exhaust sound of applicant’s motorcycles, produced by V-Twin, common crankpin motorcycle engines when the goods are in use.”

Harley-Davidson`s application for sound trademark was rejected on the ground that it cannot serve as a trademark – the sound does not distinguish Harley from any other motorcycle or “indicate the source of the motorcycles”. The reason was that the sound mark was the functional element essential to the use or purpose, and the exclusive use of it could be seriously unfavorable to the other manufacturers. 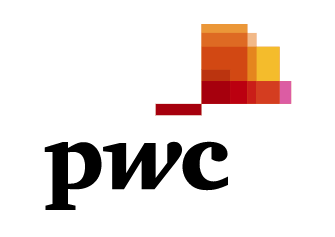