The ASA has ruled that Brewdog’s social media posts claiming competition winners would receive a “solid” gold beer can were misleading.

The posts in question comprised two tweets and one Facebook advertisement, posted in late 2020 and early 2021, which told potential participants they could win a can described as being “solid gold”, “24-carat” and “worth £15k”. The associated image showed a gold-coloured Brewdog Punk IPA can.

The ads received 25 ASA complaints, on the basis that the competition winner was provided with a can which was not, in fact, solid gold, but instead only gold-plated.

In response, Brewdog argued that:

The ASA considered the advertisements misleading, reasoning that the general public were unlikely to know the price of gold and would not have undertaken this valuation process and emphasised the adverts breached the UK CAP Code – particularly the requirements that promotions must be conducted equitably and efficiently and promoters must deal fairly and honorably with participants and avoid causing unnecessary disappointment. 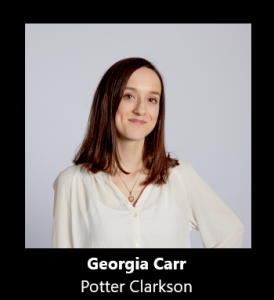 Brewdog was told not to reproduce the ads in their current form, nor state or imply, incorrectly, that consumers would receive a solid gold can and must also ensure ongoing compliance with the CAP Code.

For the third time since 2020, the ASA has found against Brewdog, with complaints previously upheld for an Instagram post implying its alcohol product was “healthy” and its “F**k you CO2” campaign.

Interestingly, this ruling gives an indication as to what investigation a consumer could be expected to undertake into a prize. Brewdog fell short of arguing that “solid gold” was a “mere puff”, but the ASA circumvented this by holding that, notwithstanding Brewdog’s cost calculations (clearly in hindsight), consumers still could not be expected to undertake a value calculation on the proposed prize.

However, it seems unlikely this ruling will change Brewdog’s approach. They have, historically, sought to evade legal claims using marketing, including claiming the founders had changed their names by deed poll to “Elvis” in response to the “Elvis” issue. Not only was this allegedly untrue, it is also legally inconsequential. Indeed, Brewdog appears to have used this for a further publicity stunt, rebranding their latest competition as ‘The Sequel: A Gold-Plated Apology.’ “While the ASA’s decision is hardly surprising, it does provide the useful insight that a consumer cannot be expected to have assumed a solid gold can was not what was promised, based on the price of gold, because this would be outside the scope of a consumers’ expected knowledge.

“Importantly, although the ASA appears not to have picked this up, the original adverts in question did not actually confirm the size of the solid gold drinks can being offered as a prize, which clearly could have been approximately 10 ounces in size and matched the £15k value.  Ultimately, advertisers and those running competitions should always take special care to ensure they deliver on their promises to prize winners, and closely review marketing text (particularly on Twitter where amendment is much harder) before publication.”