Can the word “The” be trademarked? 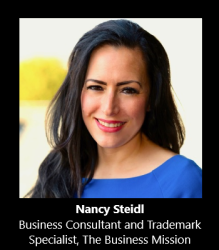 Back in 2011, The Ohio State University failed to trademark the word [1]” the,” with the U.S. Patent and Trademark Office. Court held, “In order for a trademark to be registered for a brand of clothing, the trademark must be used in a trademark fashion. In other words, it has to be used on tagging or labelling the products. In this case, just putting the word ‘the’ on the front of a hat or on the front of a shirt is not sufficient trademark use.”

However, they pushed forward, appeal the decision with success won the appeal.

The courts agreed last week the word “The” can now be used as a full trademark for “The” Ohio State University.

The Ohio State University’s trademark success comes three years after its initial application to the USPTO for the exclusive use of the word “The.” The use of “The”, according to OSU, historically has been a crucial component of the school’s identity and brand.

“ The” has been a rallying cry in the Ohio State community for many years, and Buckeye fans who purchase official Ohio State gear support student scholarships, libraries, and other university initiatives,” OSU spokesperson Ben Johnson told CNN. “Like other institutions, Ohio State works to protect the university’s brand and trademarks because these assets benefit students and faculty, and support our core academic mission of teaching and research.”

In this landmark case, trademarking the word “The” might have shown some distinctive secondary meaning different from its traditional meaning as an article that precedes a noun. For example, if there was a business called “The” X, trademarking the “The” which refers to that business, yet one may be unable to trademark the “The” that is an article before a noun. So, why can’t one trademark the “The” which is a part of speech? Because trademark offices, like the US Patent and Trademark Office, won’t let you — this is the rules.

It seems the “The” trademark has drawn some backlash for appearing to own the English term “The” however it most likely may not stop other institutions, businesses, or organisation from using “The” in their branding.

“There’s an argument in the trademark community words like this might not operate as trademarks,” trademark attorney Josh Gerben told ESPN.

A trademark offers the right-holder the satisfaction of ownership above all, and nothing makes business owners or companies happier than to know they have had the exclusive right to a trademark that they may have entered into the public domain if they had never taken the initiative to register the trademark.

Trademarks are meant to be distinctive. However, there is never a clear definition of what constitutes a unique mark. Despite the serious nature of trademarks, and associated and related IP rights, the interesting aspect of the subject is certain notions that some businesses have about obtaining a trademark, which results in ridiculous trademark applications.