Not for the first time in his illustrious career, Ed Sheeran has been forced to swap the creative environment of a recording studio for the rather sterner surrounds of a courtroom. In the most recent edition of copyright claims against the international pop star, his song Shape of You, released in 2017, came under attack over alleged copyright infringement by fellow musicians and songwriters Sami Chokir and Ross O’Donoghue. The case ultimately was heard in the High Court and a judgment has recently been found in favour of Ed Sheeran.

The allegations made were that the song Shape of You had copied a line from the song Oh Why by Sami Switch, released in 2015. In Shape of You, a common verse throughout is that of “Oh I, Oh I, Oh I, Oh I…”. The accusation was that this was based on the undoubtedly similar-sounding verse in Sami Switch’s song of “Oh Why, Oh Why, Oh Why, Oh Why…”. Chokir and O’Donoghue argued that Ed Sheeran was a “magpie” who had copied the line and brought a claim for copyright infringement. In response, Ed Sheeran sought a declaration of non-infringement.

A claim under copyright

The legal framework surrounding copyright is dealt with by the Copyright, Designs and Patents Act 1988 (the Act). Under the Act, recorded musical works are considered creative works of intellectual property, and as such, the author of the works is afforded protection against those looking to benefit from the works by having copied them. In addition to preventing the copying of the works, the automatic protection also extends to preventing the distribution of the works (for profit or for free), performing or playing the work in public, making an adaptation of the works and placing the works on the internet, amongst other prohibited acts.

However, there are some criteria that must be satisfied for a claim in copyright infringement to succeed. First of all, copyright must subsist in the work. This means the work itself must be original. This is a point of contention, and some may argue it is subjective. In this instance, Ed Sheeran’s legal team contended that the alleged offending verse took the form of a “basic minor pentatonic pattern”, which was not unique in the industry.

Another key element in a copyright infringement claim is whether the respondent to the claim was aware that the alleged copied song was in existence. Part of the argument put forward by Chokir and O’Donoghue’s legal team was that they had sent the song Oh Why to people who had a close connection with Ed Sheeran before the release of Shape of You. Their argument was that if Ed Sheeran did not remember the song himself, he had heard it at some point and, even if not on purpose, subconsciously wrote Shape of You with Oh Why in the back of his mind.

Despite various arguments put forward by the Claimants in the case, the High Court sided with Ed Sheeran and his co-authors, ruling that they “neither deliberately nor subconsciously copied” the song Oh Why. In addition, Judge Zacaroli also intimated that similarities in the phrases of each song were not enough to point toward copyright infringement and that ultimately there were differences in the songs which suggested that the “Oh I” verse had originated from sources other than the song Oh Why. The Court also considered that suggestions Ed Sheeran had heard the song Oh Why prior to writing Shape of You were unfounded and that the songs were, therefore, more likely the victim of coincidence. 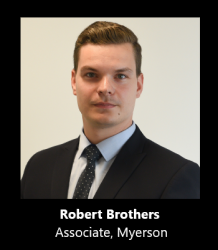 Claims of this nature are increasingly becoming more commonplace within the music industry. In a brief post to Instagram following the conclusion of this case, Ed Sheeran highlighted the fact that there is now a significant claim culture in the world of music which, in his view, is harming the industry. Sheeran noted that “coincidence is bound to happen if 60,000 songs are released every day…that’s 22 million songs and there’s only 12 notes that are available”.

Despite the ruling in this particular case, the claim culture that Sheeran refers to is not likely to dissipate any time soon. Advances in tech such as Spotify have brought more chance for coincidence to take hold, and there will likely always be suggestions of plagiarism when as Sheeran notes, only a limited number of notes are available to place into a song.

Artists and songwriters would therefore be wise to rigorously check their work prior to publication/release against previous works. Hiring the services of a musicologist would assist in this regard and may go some way to limiting the possibility of expensive and lengthy litigation ensuing further down the line.

If you have any more questions or would like more information regarding Intellectual Property, you can contact the Dispute Resolution Team at Myerson Solicitors.

Written by Robert Brothers, an Associate within our Dispute Resolution Team at Myerson.