Ekaterina Kovaleva reports: The Fellowship of the Trademark, Eurasia edition 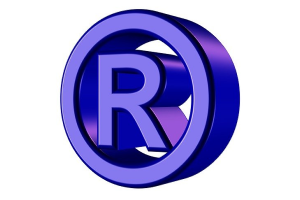 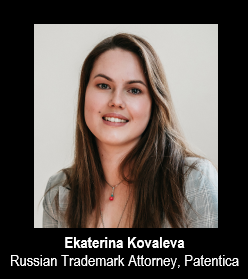 The EAEU signed the Agreement on Trademarks, Service Marks and Appellations of Origin of Goods of the Eurasian Economic Union on 3 February 2020.  The Russian Federation was the first to ratify the Agreement: the Federal Law on Ratification was signed on 9 November 2020. The Agreement will come into force once it is also ratified by other member states, i.e. by the Republic of Armenia, the Republic of Belarus, the Republic of Kazakhstan and the Kyrgyz Republic.

Within three months after the Agreement comes into force, the Council of the Eurasian Economic Commission will adopt the Instruction for administrative proceedings, which will establish the regulations related to filing, examination and registration of Union Trademarks, Service Marks (including collective marks) and Appellations of Origin.

Within three months after publication, any interested party can oppose the claimed mark. Examination on both absolute and relative grounds for refusing registration is conducted by the IP Offices of member states within six months after the Office of Filing forwards the published application to member Offices.

If the claimed mark is refused registration by one of the member states, it is automatically refused on the whole territory of the Union. In such a case, the applicant can transform the Union Trademark into  national applications.

In case an identical trademark is registered for identical  goods and/or services in all member states of the EAEU in the name of the same entity, such a party is entitled to file with any IP Office of the Union a request to issue a Union Trademark Certificate. Such a Union Trademark replaces national registrations without prejudice of rights.

Although Union Trademarks will not be subject to use requirements, they can be cancelled by an interested party for continuous non-use within any three years after the registration date. Use of the mark on the territory of at least one member state will be enough to keep registration in force within the whole Union.

The disposal of rights to a Union Trademark in accordance with an assignment agreement is possible only on the condition it refers to all member states, while licensing is allowed in one or several states.

The benefits of a Union Trademark are substantial in terms of the official fees and simplicity of trademark portfolio management. Further, although there has been no statement regarding the inclusion of Union Trademarks into the Madrid Protocol, it has a clear potential for that: since all EAEU states are members to Madrid Protocol, it is possible that, similarly with Benelux and European Union, EAEA at some point could be indicated as a unified designation.

We look forward to ratification of the Agreement by all states and issuance of the Instruction, that will mark the new step in the harmonized and convenient trademark protection in the Eurasian economic zone.