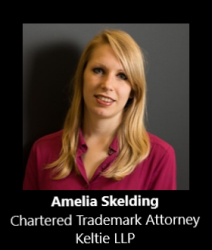 German luxury brand Hugo Boss is having an identity crisis/rethink and is diverging into two brands, BOSS and HUGO, complete with two new logos. BOSS will be aimed at the millennial market, aged 25-40, while HUGO will target Gen Z, aged under 25. Is this a strategic way of bringing the brand into the modern era or a panicked attempt to boost sales?

The person leading this change in direction is CEO Daniel Grieder, who took on the role in June 2021, after 23 years at Tommy Hilfiger. However, this is not the first time the company has dramatically changed in their identity.

Originally all sitting under the BOSS brand, in 1993 the collection divided its range into the lines HUGO, BALDESSARINI and BOSS (BALDESSARINI was discontinued in 2006). BOSS Golf Wear was launched in 1997 but was later renamed BOSS Green. In 1999, BOSS Orange, a sports and leisurewear range was introduced. In 2017, the company reduced the number of labels to the original BOSS and HUGO, with BOSS Orange and BOSS Green being integrated into the BOSS core brand. Today the brand has been significantly simplified, into both HUGO and BOSS only.

BOSS is aimed at the millennial shopper. Under the brand of BOSS, there is an Athleisure, Business and Casual collection; formally labelled as BOSS Orange and BOSS Green. Marketing spend will be mostly focused on Instagram. The spring/summer 2022 #BeYourOwnBOSS campaign features boxer Anthony Joshua, rapper Future and models Kendall Jenner and Hailey Bieber. Boss also launched a #BossMoves TikTok dance challenge, presenting winners with an NFT jacket.

The rebrand features stripped back logos for both HUGO and BOSS:

The updated logo uses a more basic, bolder font to convey a contemporary look and reflect the streamlining and simplification of the HUGO BOSS brand. Whilst some may consider the shift in focus towards a younger audience a move away from their luxury brand image and established customer base, it could also be seen as another phase of their constantly evolving brand to stay current and keep up with their consumers.

The font in the new logo lacks the distinctive character of the old logo and arguably cheapens the brand to some extent by using such a generic font, devoid of any stylization or exclusivity. However, the more modern marketing approach is a positive step towards making the brand more accessible and expanding into a previously untapped market, future-proofing their brand.

I think that brands who embrace change stand the test of time. As a millennial myself, although I am no longer their target audience, I quite like the rebrand and would definitely consider taking a look at some of their new clothing collections. Although it remains to be seen what impact the rebrand will have, it acts a good reminder to other right holders of the importance of not becoming complacent in the marketplace.