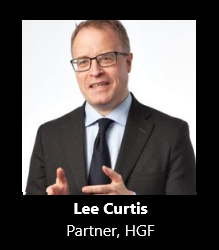 Iceland Foods Limited recently lost a battle in the long lasting trademark war of the Icelands, retailer and country.

By way of decisions on 15 December 2022, the Grand Board of Appeal of the European Union Intellectual Property Office (‘EUIPO’) rejected Iceland Foods appeals and upheld earlier cancellation decisions against European Union Trade Mark Registrations of ICELAND word and stylized marks.

Although the Grand Board held that per se there is nothing preventing the registration of country names as trademarks, the registration of such names had to be assessed with ‘caution’. Although the Board of Appeal seemed to be at pains to make clear it was not making new case law, notably following the guidelines laid down by the well-known Windsurfing Chiemsee decision of the Court of Justice of the European Union, the reasoning in this case seems to suggest that the names of countries are indeed special, especially those of countries such as Iceland which are geographically close to and have strong political, economic and cultural connections to the European Union.

The Grand Board of Appeal rejected analogies to the registration of the earlier ALASKA trademark before the EUIPO by Iceland Foods representations essentially arguing Alaska was not a country and was a long way away. The Board found that the ICELAND cases were more akin to the decisions rejecting the registration of SUEDTIROL and ANDORRA.

The evidence of acquired distinctiveness was rejected as no evidence was filed for Sweden, Denmark, the Netherlands, and Finland.

Paragraphs 183 and 184 appeared the key paragraphs of the ICELAND word mark decision, the decision relating to the stylized representation of the ICELAND mark was essentially identical with the Grand Board holding the stylization not sufficient to over the inherent objections to the word mark ICELAND.

“183 Following these considerations, the Board is of the opinion that, even if a country name may on occasion function as a trademark (and indeed there are multiple examples of various country names registered as trademarks), the matter has to be approached with caution. While the presumed expectations in relation to that sign of the target consumer have to be evaluated, geographical marks that include the name of a country may by their very nature be perceived differently from other geographical indications, such as names of regions, lakes and mountains. Average consumers are more in the habit of making assumptions about the origin of products on the basis of their national provenance than in relation to other types of geographical signs. This is especially the case of the names of the countries of the European Union or European Economic Area, with which the relevant EU public is more familiar and which are in closer geographic proximity to them and are therefore more likely to be perceived as embodying certain favorable characteristics that influence acquisition of goods or services. Conversely, country names that originate from further afield and with which that public is less familiar may therefore be less problematic.

184 In the case at hand, the evidence submitted demonstrates (i) the close bonds of Iceland with the European Union and especially Denmark; (ii) the economic prosperity, industrial capacity (exemplified by its quite wide range of industrial production) and importance of Iceland; (iii) the foreign trade conducted and nurtured by Iceland; (iv) the high standing of Iceland as a ‘nation brand’ that, inter alia, accounts for its trading capacities; (v) the positive connotations linked to Iceland by the EU public as a world-class quality tourist destination; and (vi) the environmentally sustainable and clean image associated with Iceland.”

Paragraph 193 of that decision also reminds of old UK decisions on such terms with the Grand Board holding that traders should not have to ‘look over their shoulder’.

It is open to question whether these decisions have indeed heralded much more stringent line under EU case law with regards the registration of trademarks incorporating geographical terms. I would contend they have at least with regards the names of countries. The decisions can be appealed and we will have to wait and see whether indeed Iceland Foods Limited will appeal the decisions.

Written by Lee Curtis, Partner and Chartered Trademark Attorney at the Manchester Office of HGF 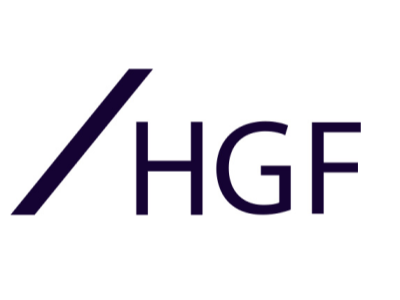