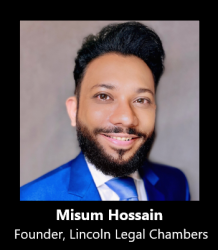 Burger King recently approached an Indian High Court with a trademark infringement suit seeking ex parte ad interim injunction against misuse of its famous marks through unauthorised registration of domain names. The Delhi High Court granted the injunction in May 2022 as it opined that the Plaintiff Burger King Corporation had made a prima facie case for grant of injunction and that the balance of convenience lay in favour of the Plaintiff and there would be irreparable harm if the injunction was not granted.

Burger King is one of the more recognised fast food brands with its hamburger restaurants spanning across many cities of the globe. Since its inception in 1954 in US, it has spread to almost 100 countries. The brand, owner of several trademarks and service marks, has acquired worldwide reputation and goodwill including in India. It is the second largest quick service restaurant and hamburger company in the world, managing and operating a worldwide chain of over 18,000 restaurants serving more than 11 million customers daily in close to 100 countries.

The Plaintiff contended that the trade name Burger King, a coined mark, is an arbitrary combination of two unconnected words. And the Plaintiff’s brand is recognised by reference to ‘Burger King’ as well as the abbreviation ‘BK’. The Plaintiff had used its brand name in association with its logo which had evolved over the years. It was also averred that Burger King had launched its first restaurant in India in 2014 and since then had opened restaurants across several parts and the present restaurant count in the country stood at over 250. 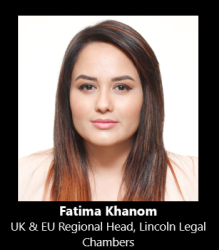 The Plaintiff’s domain name “burgerking.com” was registered in 1994 after which internet users across the world had access to the brand’s website. The Plaintiff had also registered domain name bk.com in 1998 and an India specific domain name bkdelivery.in in 2015. It was submitted that consumers had access to the Burger King websites through its various domain names and users had become further familiar with the brand under the trading style ‘Burger King’ which had contributed to the goodwill and reputation.

Burger King had also set up region specific websites e.g., in India where the Plaintiff launched burgerking.in and burgerkingindia.in. It was stated that the Plaintiff brand held at least 1040 domain name registrations in its name across the world. The “BK” mark also features widely on its Indian website hosted on burgerking.in. It was contended that the Plaintiff’s brand had acquired excellent goodwill globally including India and that the consumer market exclusively linked the marks “BK”, “Burger King” and the associated logos with the brand in the field of fast food.

The infringement suit contended that in March 2021 the Plaintiff had been made aware through its Indian franchisee about the existence of a particular website with the URL burgerkingfranchises.in. It was also alleged that the Defendant no.2 in the suit was defrauding unsuspecting public by making them believe that he was a representative of Burger King India. The Defendant was also offering prospective contracts to third parties for operating café or restaurants of Burger King.

With regards to Defendant Nos. 1 to 3, it was averred that they were engaged in registering deceptive domain names by including the famous mark “Burger King” in some form and running counterfeit websites. The websites were being run only with the illicit intention of harvesting funds through unsuspecting parties who were looking for Burger King franchise licenses. Defendant Nos. 1 to 3 were approaching third parties pretending to be employees of Burger King’s Indian franchisee and cheating innocent parties through dishonest claims of offering the brand’s franchises. Other domain names e.g., burgerkingfranchises.co.in and burgerkingfranchises.in were also registered for fraudulent activity.

It was apprehended by the Plaintiff that the Defendants were obtaining registrations of many unknown domain names with derivatives of the Plaintiff’s famous marks to perpetuate their illegal operation. The Defendant’s counterfeit websites contained the Plaintiff’s registered trademarks – Burger King, BK and the Crescent Design Logo. Even photos of Burger King’s international restaurants were used in the fake websites to attract potential third parties in applying for franchisee licenses.

The High Court restrained the Defendants from advertising, offering any goods or services, using or registering corporate names, domain names or pages bearing the Plaintiff’s trademarks BURGER KING, BK and and/or any mark deceptively similar to the Plaintiff’s trademarks and/or formative marks amounting to infringement or taking unfair advantage of and/or causing detriment to the reputation including misrepresentation of its services as those of or associated with the Plaintiff and from doing any other thing as is likely to cause confusion or deception amounting to tarnishing, passing off or dilution.

If you have any questions regarding the topic, you can contact Lincoln Legal Chambers.