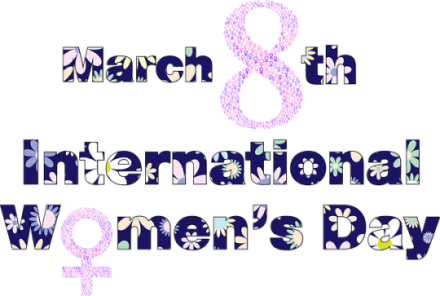 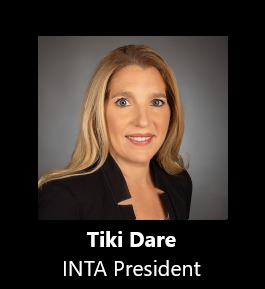 Each year, International Women’s Day highlights a theme to recognize women’s accomplishments and transport them to new heights.

In 2020, the theme was advancing gender equality worldwide. It was appropriate, therefore, that on that day last year, the International Trademark Association (INTA) kicked off The Women’s LeadershIP Initiative—a global project to help women progress in the intellectual property field and foster leadership skills.

This year, the theme of International Women’s Day, March 8, is “Choose to Challenge.” Again, how appropriate. Just nearing the one-year anniversary of its initiative, INTA released The Women’s LeadershIP Report and Best Practices Toolkit.

The report compiles extensive research and feedback from women IP leaders at workshops held in various regions. It details the myriad challenges facing practitioners and offers recommendations to empower them to advance in their careers.

The story it tells aligns with the theme for International Women’s Day, as well as how the United Nations is calling out inequality and calling for commitment to change: “From challenge comes change, so let’s all choose to challenge.”

Regarding gender inequality, INTA’s report found that while more women are entering the legal field and their concentration in IP exceeds other practice areas, they are under-represented in the IP sector, especially in leadership positions. It cites research showing that it will take 99.5 years to attain gender parity—a prediction, the report said, that is “of great concern.”

The report comes amidst increasing focus worldwide on diversity, equity, and inclusion (DEI) issues. While awareness of the challenges women face is growing, the report said, “Women continue to face bias (often unconscious) across the profession and across cultures.”

Among the report’s key findings: many women found it necessary to leave an organization and start their own firm to attain a leadership position. At INTA, our membership includes women worldwide who, for that reason or others, have done just that—and successfully.

Another study recently released by the Association, the 2020 In-House Practitioners Benchmarking Report, noted similar findings. While in-house practitioners often cited the high proportion of women in the field, many desired better representation among leadership.

Yet, companies rise above law firms on several fronts. For example, according to The Women’s LeadershIP Initiative report, companies seem to have more measures in place to advance gender diversity than law firms and in-house practitioners report a better work-life integration than those working in law firms.

Workshop participants recommended actions such as open dialogue and sound work-life integration policies, rather than workforce gender quotas to address under-representation across the field.

On this front, the In-House Practitioners Benchmarking Report highlights a potential hurdle:

when asked to identify their top challenges over the next three years, 65 percent of respondents selected an “increase in workload without an increase in staffing.”

Considering these findings, INTA is challenging the IP field to act—to turn challenges into opportunities as we celebrate women around the world.

The Women’s LeadershIP Initiative Report includes best practices that can help pave the way, and it encourages all organizations “committed to recognizing and advancing the role of women” to review and implement them.

The 19 recommendations include implementing a Diversity and Inclusion Council, an internal reporting requirement, coaching circles, formal flexible working arrangements, and discussions that involve men and decision makers in addition to women. Participants suggested that INTA create networking events and institute a mentorship program.

At INTA, efforts are already underway. The Association held women’s leadership workshops at its 2020 Annual Meeting in November; and on March 8, women leaders facilitated virtual forums in four time zones to discuss ways to foster career advancement for women.

Of note, INTA intentionally has been welcoming participants of any gender into these sessions, noting that it will take male champions and candid discussions about current realities and ways to support each other to help eliminate inequities.

Among INTA’s efforts toward this goal, the Association holds academic competitions for law students, which some now-practicing attorneys have cited as an overriding factor in their becoming trademark lawyers; has a mentorship program for trademark administrators; and encourages students to attend events and become members, opening the door to valuable education and networking that can cultivate career choice and progression.

As well, the Association’s newly revitalized INTA Foundation will work to provide access to education and outreach activities in the areas of DEI, and to support individuals and organizations around the world whose work relates to impacting these issues.

INTA itself serves as a model of female leadership: for example, since 2000, 11 presidents have been women and currently five of the six Board officers are women.

While the Association may have started its Women’s LeadershIP Initiative on International Women’s Day and released its report around the same time one year later, its dedication to this mission does not begin and end on this one day. INTA recently announced that The Women’s LeadershIP Initiative is a permanent program and is part of the Association’s overall strategic commitment to DEI.