Is it worth protecting shapes as a trademark within the EU? Carlo Sala reports

The recent decision by the General Court in the so-called Moon Boot case (General Court 19 January 2022, Tecnica Group vs. EUIPO, T 483/20)  raises once again the question whether it is worth protecting shapes as a trademark within the EU, because the statistics show that in challenges for lack of distinctiveness brought before the EUIPO Cancellation Division and its subsequent instances, the denial of the validity of 3D marks is the more (if not the sole) likely outcome.

The relevant EUTMR provisions and their settled case law

The applicable provisions are articles 4 and article 7.1. letter b) EUTMR[1] and, according to settled case law, the criteria for assessing the distinctive character of three-dimensional marks consisting of the shape of the product itself are no different from those applicable to other categories of trademarks[2]. However, the same settled case law goes further and, without referring to any specific provision of the EUTMR, restricts the application of said criteria as follows: 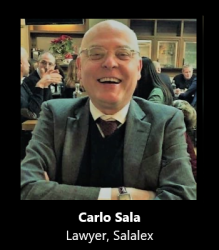 The lesson we can learn from the Moon Boot decision is that Guerlain was probably an illusion (General Court 14 July 2021, Guerlain vs. EUIPO, T 488/20): trademark protection of shapes within the EU is still a difficult task, because the criteria applied to assess the existence of a distinctive character are unclear :

[1] Under article 4 An EU trademark may consist of any signs, in particular words, including ….the shape of goods or of the packaging of goods ….provided that such signs are capable of:

Under article 7.1. letter b) trademarks which are devoid of any distinctive character shall not be registered and, under article 59, if registered, shall be declared invalid.