Is Quidditch being held back by a snitch? 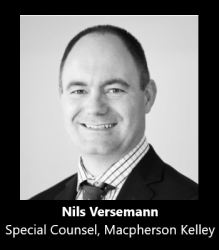 Quidditch first appeared as a fictious sport in the JK Rowling novel Harry Potter and the Philosopher’s Stone, where it is played by wizards and witches riding magical flying broomsticks. It famously continued to feature in later Harry Potter books, as well as the films. What is less well known is that fictional Quidditch inspired a real sport – albeit with non-flying brooms of course.

Fast forward to today and there are almost 600 teams across 40 countries playing real-world Quidditch. The International Quidditch Association has plans to grow the sport further. Ironically, it was recently reported that standing in the way of expansion is the name “Quidditch”. The sport is planning to rebrand as “Quadball”.

The “Quidditch” trademark is owned by Warner Bros Entertainment Inc, including in Australia. According to news reports, license fees are payable to Warner Bros for the use of the trademark.  There is also concern that statements by JK Rowling have been perceived by some as being transphobic, potentially damaging the sport by association.

Let’s look at the trademark issue in more detail. In Australia, Warner Bros’ trademark number 818229 is registered in relation to a range of goods and services including clothing (class 25), balls (class 28 – covering the quaffle, bludgers and even the snitch), as well as entertainment services and live-action television and online programs (class 41). Interestingly, the trademark is not registered in relation to organizing any sporting competitions.

Is the trademark issue real?

In light of the absence of a trademark registration in relation to sporting competitions, does the International Quidditch Association actually require a license from Warner Bros? Yes.

Under section 120(3) of the Trademarks Act 1995, a well-known trademark can be infringed if it is used in relation to goods or services unrelated to those for which the mark is registered, if the use of the mark is likely to indicate a connection between the unrelated goods or services and the registered owner, and the interests of the registered owner are thereby likely to be adversely affected.

In a world where merchandising is a commercial reality and the Harry Potter series has been commercialized very heavily through merchandise, the use of the “Quidditch” name is going to give rise to a perceived connection to Warner Bros and JK Rowling. This gives rise to issues beyond trademark infringement. In fact, unlicensed use of “Quidditch” would be very similar to the situation in the seminal Australian case of Twentieth Century Fox Film Corporation v South Australian Brewing Co Ltd (1996) 66 FCR 451, more commonly known as the Duff Beer case.

In the Duff Beer case, South Australian Brewing had produced its own “Duff Beer”, “Duff Beer” being the iconic fictional beer featured in “The Simpsons”. The Federal Court of Australia held that Twentieth Century Fox had substantial goodwill and reputation in the characters and the name “Duff Beer”. The use of the “Duff Beer” name by the brewery would create an association with “The Simpsons” in consumers’ minds, which the brewery hoped would promote its product. This constituted both statutory misleading and deceptive conduct, under sections 52 and 53 of the Trade Practices Act 1974 (Cth) (equivalent to sections 18 and 29 of today’s Australian Consumer Law) and also common law passing off.

It is easy to see that if we substitute “Quidditch” for “Duff Beer” and “Harry Potter” for “The Simpsons”, there is very little that we would need to change in this analysis.

Careful thought needs to be given to how a licensing relationship might develop, who requires long-term certainty and who requires flexibility. This can create tensions in drafting a licence agreement, as they may require asymmetry of rights.

In the “Quidditch” case, arguably the International Quidditch Association requires the certainty of continued rights to use the name, as loss of license potentially represents an existential risk to it. While for Warner Bros, it represents a licensing opportunity that may be long-term, but might equally be fleeting and comparatively insignificant commercially. It is not a one size fits all arrangement and a well thought-out license agreement will recognize this.