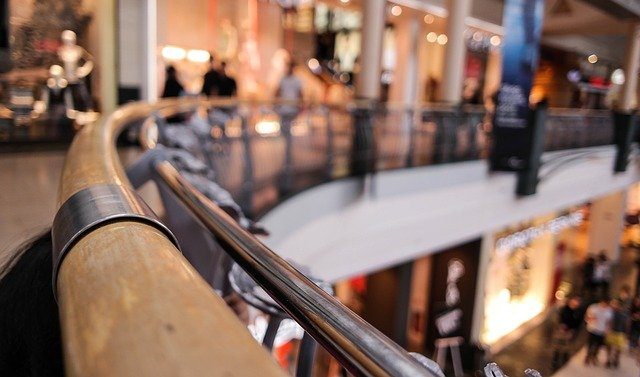 Rihanna’s popular lingerie brand Savage x Fenty has been accused of trademark infringement by the competitor underwear brand Adore Me, claiming Rihanna’s brand is “confusingly similar” to that of their own.

10-year-old brand Adore me, which sells lingerie, sleepwear and swimwear, have claimed that the four-year-old Savage x Fenty lingerie brand has infringed their trademark and branding ethos with the deceiving keyword use of ‘adore us’ printed  on certain products. Adore Me worries this will mislead and confuse customers into mistakenly buying from Savage x Fenty instead of from themselves. Adore Me is anxious that, considering both brands have a similar targeted audience and an alike range of customers, Rihanna’s lingerie business is subtly trying to manipulate consumers into purchasing from her brand instead of Adore Me. Adore Me claim that, due to them having similar branding keywords, consumers may become confused when searching for each brand and the individuality of each brand may become unclear. Furthermore, whether it be through internet searches or general misconception, both companies may be perceived as correlated with one another which could result in multiple unnecessary problems. One of these issues may include consumers purchasing from one of the brands while believing it is the other – potentially depriving Adore Me of income, public credibility, and, overall, their trademark right. Adore Me believes Savage x Fenty to be deliberately scheming, hoping to benefit over that of Morgan Hermand-Waiche: the founder of ‘Adore Me’ itself.

Adore Me stated that Rihanna’s shameless company “has engaged in a pattern of willful and intentional acts designed to appropriate Adore Me’s prestige and goodwill, including without limitation, by using a mark confusingly similar to the ADORE ME mark.” On June 4th, Adore Me sent Savage x Fenty a demanding cease-and-desist letter according to court filing. A few days later the case was perceived to be slowing, yet this sparked up again when Adore Me found it was “again in use by [the] Defendant.”

Adore Me, lurched on its competition for a search result phenomenon that appears to be reoccurring. The lawsuit against Savage x Fenty looks set to continue further into the future. But it may come to an abrupt end due to reasons elaborated on by Alan Behr, a member of the International Trademark Association Panel of Trademark Mediators and a well-known fashion industry attorney. Behr suggests a case in which Adore Me states Savage x Fenty has been deliberately manipulating search engines, in order to attract and poach Adore Me’s customers, will become an increasingly difficult case in favor of Adore Me: “cause deception in the marketplace is a hard case to win,” because the ‘Adore Us’ branding wasn’t showing up in other materials like clothing labels or other outlets, such as in stores. Moreover, it has been called into question whether, “this case may be less of a trademark issue and more of an IT issue and it could be difficult to prove that the use of the keywords represents a deliberate attempt to do something wrong.”

While Adore Me – within its lawsuit – claims that “Savage’s acts are willful, with the deliberate intent to trade on the goodwill of the ADORE ME mark, attempts to cause confusion and deception in the marketplace, and divert customers of Adore Me’s services to Savage,” Behr challenges their idea, as when it comes down to perplexing internet searches, it can be seen that “internet searches are often confusing, which could be caused by Google’s algorithms rather than Savage x Fenty’s marketing.” Furthermore he challenges Adore Me’s quick-to-criticize way of acting, stating, “You can’t decide a case like that in a summary judgment […] you’ve got to go and get the facts. You’ve got to depose the programmers. Because this sounds like an IT case, to see if there was an attempt to pinch the market in a way that would be considered unfair competition, or a violation of Google’s own policies or trademarks.”

Consequently, Adore Me is still pursuing Savage x Fenty, demanding that the company discontinues the use of the ‘Adore Us’ tagline – which claims to have caused Adore Me to “suffer substantial damage and ongoing and irreparable harm”. Adore Me continues to set out federal and state law claims relating to trademark infringement in their attempt to sue the hot-selling Savage x Fenty brand.