Is the UK still a world leader in tackling intellectual property crime? 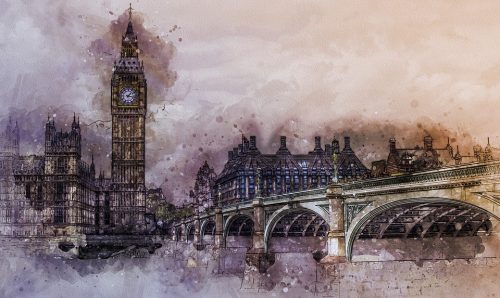 Six years ago, the UK was considered a world leader in protecting intellectual property rights. Many believe it is now falling behind other countries.

In the US there have been a series of announcements which clearly demonstrate President Trump’s desire to tackle counterfeiting. In April, he issued a Memorandum on Combating Trafficking in Counterfeit and Pirated Goods and prompted the US Department for Homeland Security, responsible for public security to produce a plan to stop counterfeiting at source and involve private-sector stakeholders.

Later in July, further US legislation was introduced to fight the online sale of stolen, counterfeit and dangerous consumer products. The Integrity, Notification, and Fairness in Online Retail Marketplaces for Consumers (INFORM) Act directs online platforms to authenticate the identity of their third-party sellers of consumer products. This legislation will enable consumers to distinguish genuine retailers more easily from fraudsters and prevent organised retail crime operations.

In addition, US Customs and Border Protection are introducing new rules that forces foreign importers to provide key information that will assist the enforcement agency in identifying shipments of counterfeit goods.

These safeguards are necessary because the growth of e-commerce is providing counterfeiters with a greater opportunity to sell unsafe and unregulated products to businesses and consumers.

A similar move has been made by the European Union, who are forging ahead of the UK with a Digital Services Act drafted by the European Commission. Its aim is to compel social media and other platforms to remove illegal content or face the threat of sanctions. E-commerce platforms will be directed to introduce more proactive screening, to prevent the sale of counterfeit goods.

Brands and designers contribute 39% to UK employment and 26% of the overall GDP and yet they have been excluded from almost every aspect of the Creative Industries: Sector Deal round table initiative, which is considering new Codes of Practice for social media and online marketplaces.

The overall concern is that, if the UK government continually fails to recognise the opportunities that e-commerce has given counterfeiters and it then continues to restrict the prospect of bands and designers contributing to develop cohesive strategies, it will not only fail to rebuild the UK economy but will open itself up to new threats. 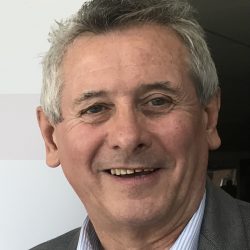 “The UK’s number one accolade was largely thanks to the work of the Intellectual Property Office. It put effective and strong measures in place for IP (intellectual property) protection and enforcement.

“But there’s a growing call for government accountability and transparency. The UK urgently needs safeguards that will protect businesses and consumers and the only way to shape those is by engaging with all relevant stakeholders. Other countries have done this and that is why they are overtaking the UK.

“The UK Government hasn’t been idle. It has introduced several policy initiatives to improve the protection of consumers, business and the economy from the impact of counterfeiting, but unlike the US Government which sees integration with all business sectors as paramount, the UK has blocked brands and designers from participating in key programs and failed to fully acknowledge the growing threat to consumers and business from unsafe  counterfeit goods. For example, the Government’s delayed Online Harms Bill, which focuses on the protection, safety and well-being of individual users, has excluded the online sale of dangerous fakes. There is also a fear that the new Digital Task Force strategy only appears to strengthen enforcement in relation to competitive conduct.

“As the UK government seeks to re-build the economy following the pandemic, it needs a strong, joined-up and collaborative national response to the impact of counterfeiting and to restore the UK to its position as number one for IP protection and enforcement.”