In its recent decision, the EUIPO Fourth Board of Appeal overturned the Opposition Division’s earlier decision in opposition proceedings concerning ex-professional footballer, Jürgen Klinsmann and Panini Societá Per Azioni (“Panini”), a collectables company.

The case concerned Mr Klinsmann’s EU designation of international registration no. 1384372 for the above mark for goods in classes 16, 25 and 32 (including printed matter, clothing and beers and non-alcoholic beverages, respectively) and services in class 41 (including sporting activities). Panini opposed the designation on the basis of the following marks: 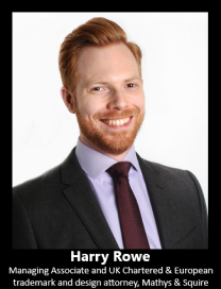 The Opposition Division found a likelihood of confusion in respect of grounds 1-3 and, therefore, refused the application for all of the contested goods/services, and did not proceed to examine the opposition under grounds 5 and 6 (which were based on Panini’s alleged reputation in those marks and the allegation that Mr Klinsmann’s use of his mark would take unfair advantage of, or cause detriment to, that reputation).

Mr Klinsmann appealed the decision asserting that the marks are dissimilar.

The Board of Appeal found that the respective marks are dissimilar on the basis that Mr Klinsmann’s mark differs from Panini’s marks in that:

The Board found that “the impression of both marks as a whole is markedly different. There is not even one single ‘element’ that could be singled out from the earlier mark and then be found to ‘match’”. In the absence of any word element, no oral assessment could be performed.

The Board also continued that “the representation of a football player, as a concept, is weak for goods that have to do with football and sports in general. That extends to ‘clothing’ insofar as sportive clothing is covered, and to Class 16 as regards the goods for which the opponent claims an actual use (and reputation), namely stickers of footballers and football books, almanacs or albums”. It found that Mr Klinsmann’s mark would not be perceived unambiguously as a football player, and, therefore, has no clear concept; thus, no conceptual similarity was found.

As the Board found the marks visually and conceptually dissimilar, it could not find a likelihood of confusion or unfair advantage/detriment. Particularly noteworthy is the fact that, as Panini failed to file adequate proof of use of the mark under ground 6 (which it was requested to do by Mr Klinsmann), the opposition was unfounded in that regard. The same was true for the mark under ground 4.

This case is an important example of the narrower scope of protection afforded to figurative marks (compared to word marks); showing that one cannot merely rely on slight visual and conceptual similarities for a successful opposition. It also highlights the importance of filing cogent evidence of use.