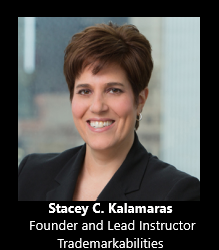 A local Minneapolis startup company received a cease and desist letter from the J.M Smucker Company (Smucker’s) in December 2002, and the internet has erupted over this simple act. Even IP attorneys seem to have forgotten that trademark owners have an affirmative duty to police their marks.

While American parents have been cutting the crusts off their children’s peanut butter and jelly (PB&J)  sandwiches for decades, Smucker’s capitalized on this trend and made the form more convenient for consumers. It began packaging and selling a frozen, round PB&J sandwich without crusts with crimped edges in grocery stores nationwide in December 1996 under the brand name UNCRUSTABLES®. In fact, Smucker’s owns many trademarks for the brand, including, notably three trade dress registrations for the shape of the sandwich, and an active design patent that protects the ornamental design of the crimping around the edge of the sandwich design. Smucker’s trade dress registrations are for the shape of the sandwich both with and without a bite taken out of the sandwich. While it’s true that Smucker’s also owns an expired utility patent, it appears to also own a utility patent for the machinery that makes the sandwiches. The amount of money it has invested into the brand cannot be overstated. In 2020, it began to expand the UNCRUSTABLES® brand to other flavors to include meat and cheese flavors. In November 2021, Smucker’s announced a $1.1B investment in a new plant devoted entirely to the UNCRUSTRABLES® sandwiches and the company said it expects to grow in sales to $1B over the next five years.[i] According to the company, UNCRUSTABLES® is one of its biggest growing brands.

Enter the Minneapolis startup who according to news reports began selling its PB&J sandwiches only in October 2022 in about half a dozen cafés. Coincidentally, the startup’s sandwiches eerily look like Smucker’s UNCRUSTABLES®. Its flavors are a bit dressed up, featuring more grown-up jelly flavors such as: blueberry bourbon sage, apple chili jelly with almond butter, chai spiced pear butter, and salted strawberry jam and the sandwiches are premium priced. While no one disputes the startup’s ability to sell nut butter and jelly sandwiches, in my opinion, the issue and what likely drew Smucker’s attention, is the fact that their packaging features a prominent photo of a round, crustless sandwich crimped in what appears to be a similar style as UNCRUSTABLES® with a bite taken out of it. This is very similar to the hero shot on the UNCRUSTABLES® packaging for the past 25 years. Coincidence?  I certainly don’t think so, but I’ll let you judge for yourself.

Despite internet claims to the contrary, no lawsuit has yet been filed, and in my opinion, Smucker’s is not being a trademark bully. Smucker’s is doing what every trademark owner must do – it is policing its trademarks. I’ll leave the legal arguments on both sides of this case for another forum; however, it’s worth noting the startup reportedly is hoping one resolution for this issue might be that it is purchased by Smucker’s, which for me, indicates bad faith[ii]. The lesson in this case is simple: startups do not get a free pass to infringe anyone else’s trademarks. If you cannot afford proper legal advice to vet your ideas, you probably shouldn’t be in business. Ignorance is not a defense.

As for the best path forward, while we as intellectual property professionals may reasonably disagree on how this issue will be resolved, I believe this issue will quickly become yesterday’s news. The true way to success for any business is to own the most distinctive and original IP you can and be sure to protect it. You should always conduct clearance searches to avoid a situation like this one, or worse, litigation. Following these simple steps can create long term success for nearly any startup business.

Stacey C. Kalamaras is the founder and lead instructor of Trademarkabilities, a training academy for lawyers. Stacey is also a seasoned trademark lawyer, having spent most of her career in Big Law representing many well-known brands in 150+ countries. She has prior business experience working in marketing and advertising. Since 2018, Stacey has educated more than 5000 lawyers on a wide variety of trademark and IP topics. She can be reached at hello@trademarkabilities.com