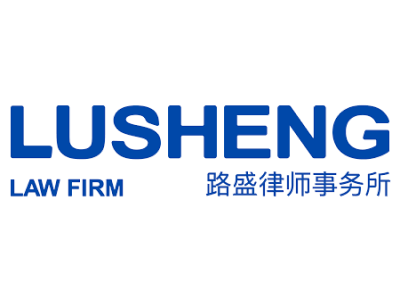 9th December 2022: There has been a further landmark decision on OEM cases by the Chinese courts.  Lusheng, a strategic partner of UK-headquartered IP services firm Rouse, today announced a significant win in a trademark infringement case for Juratek, a leading European original equipment manufacturer (OEM).  The case was brought against it by Laizhou Baoyi Machinery Co. (Baoyi), a Chinese parts manufacturer.

Lusheng represented Juratek against Baoyi for trademark ‘squatting’, in which companies deliberately register other brands’ trademarks. Generally, the aim of trademark squatting is to sell the trademark back to the original owners for an exorbitant amount; or to sell counterfeit products under the trademark registered in China.

The Juratek win supports the Chinese courts’ recent efforts to crack down on trademark squatting.

Winning this case is a huge milestone for OEMs in China, which typically face an uphill battle in fights against trademark squatters. OEM businesses are commonly found to be infringing the squatter’s rights when a squatter has registered similar trademarks to theirs. Chinese courts have difficulty supporting an OEM party’s claim that it does not infringe Chinese registered trademark rights by virtue of its trademark rights abroad. This means that victims of squatting in China could find their products which had been manufactured for export only, could be  seized  by Customs and prevented from being exported.

In 2017, Baoyi registered trademarks for Juratek’s company name and logos, despite Juratek using the trademarks in China and overseas since 2000. Baoyi then used the trademarks against Juratek’s Chinese automotive parts supplier, and Customs detained the shipments for export.

Throughout the court case, Lusheng utilised the ‘Principle of Good Faith’, rather than legal provisions of trademark ownership, to show that Baoyi was aware it was trademark squatting, alongside showing significant evidence. This is a principle in which all parties are legally obliged to act honestly.

In the first instance decision, the court ruled that as the owner of the trademark, Baoyi won. However, during the appeal, the High Court placed a greater emphasis on the ‘Principle of Good Faith’ and Juratek won the case.  Landy Jiang, Head of Beijing Dispute Resolution at Lusheng, said:

“IP protection in China has improved dramatically over the years – but that doesn’t mean that all issues have been resolved.  It’s a gradual process, and complications and risks still exist, particularly for foreign businesses seeking to protect their brands in China. A company that loses its trademark rights in China could risk being pushed out of the market altogether.

China’s IP landscape is changing rapidly, and at the same time, the level of complexity involved in trademark squatting and OEM issues is also escalating. We are glad to see courts and administrative authorities like CNIPA are giving greater attention to such matters, and the second instance court in this case is willing and able to make significant breakthrough to support and protect foreign brands based on the ‘Principle of Good Faith’.”

“Trademark disputes like this one are common among OEMs, which have complex supply chains of components to be used in the production of goods by other manufacturers, but what is unusual is for the applicant against the squatting company to win cases such as these in China.

This is a significant win – the case can be used as a blueprint precedent for the use of the ‘Principle of Good Faith’ to be used in a trademark squatting case. The decision supports the protections of the rights of foreign investors looking to expand or launch their brands in the Chinese market, and should provide confidence for OEMs and other businesses with sophisticated, complex supply chains in protecting their rights in China.”

“We’re delighted with the end result.  We faced some dark moments in the early days when our shipments were being detained, and it was extremely frustrating. We have done business in China for 20 years and have been very happy with things, but we were starting to doubt the system. However, we were advised to hold tight and that we would get there in the end – which fortunately we did – and my faith is restored.”