Masaki Mikami reports: Which to win, first to file or first to trademark? 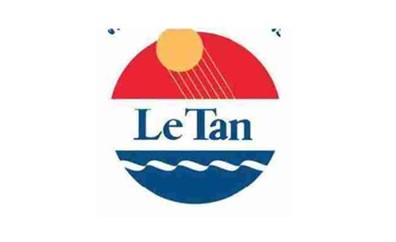 On November 30, 2020, the JPO examiner raised her objection due to a conflict with senior trademark registration no. 6251672 for wordmark “LE TAN” owned by Chanson cosmetics Inc.

Chanson cosmetics Inc., a Japanese private company, filed the cited mark, consisting of words “LE TAN” and its transliteration written in Japanese Katakana characters (see below), on ‘cosmetics and toiletries’ in class 3 on June 20, 2019, two months after Heritage has launched business in Japan. 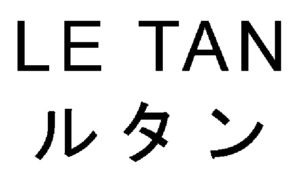 In anticipation of the upcoming refusal or by virtue of any unrevealed reason, Heritage filed an opposition against the cited mark on July 30, 2020, before the examiner raises her rejection, and argued the cited mark shall be cancelled in contravention of Article 4(1)(xix) of the Trademark Law.

Article 4(1)(xix) prohibits registering a trademark that is identical with, or similar to, other entity’s famous mark, if such trademark is aimed for unfair purposes, e.g., gaining unfair profits, or causing damage to the entity.

Heritage argued a remarkable degree of reputation and popularity of the Le Tan mark in Australia in relation to sunscreen and suntan preparations [cosmetics] as a result of substantial use of the mark by producing evidence of growing annual sales (approx. 16 million Australian dollars in 2017), the second market share of 16 % in Australia (2013) , increasing website visitors (approx. 86,000 in 2019) , email subscriptions (24,000) and followers (Instagram: 250,000, Facebook: 180,000) , and annual expense for advertisement and publication (approx. 0.6 ~ 1 million Australian dollars for the past decade) by means of television, radio, magazine, the internet.

In an attempt to prove Chanson’s unlawful intention, Heritage pointed out the fact that Chanson has registered the mark “LE TEMPS” pronounced the same as “LE TAN” on the same class since 1984 and used the mark on skin-care cosmetics in fact. Heritage alleged that it does not make sense for Chanson to file the opposed mark which has a same pronunciation but different spelling since Chanson must be convinced that skin-care conscious consumers are unwilling to use cosmetics giving rise to an impression of ‘the suntan.’ If so, Chanson must have intentionally filed the cited mark just two months after the launch of trademarking Australian brand “Le Tan” in Japan simply because of interrupting their business.

The JPO Opposition Board admitted a certain degree of reputation and popularity of the “Le Tan” mark in Australia by taking account of substantial use on sunscreen or suntan preparations [cosmetics] over four decades. Meanwhile, the Board questioned whether Chanson sought for protection of the cited mark to gain unfair profits or cause damage to Heritage.

A mere fact that the cited mark was filed a few months after Heritage started to use the “Le Tan” mark in Japan was insufficient to admit unfair purposes subject to the article. The Board rather took note on the fact that Heritage business has been steadily expanding in Japan since the launch. If the cited mark aimed to interrupt, their business would never go this way. In this respect, the Board held that Heritage failed to prove the likelihood of interruption.

Based on the foregoing, the JPO decided to dismiss the opposition entirely. 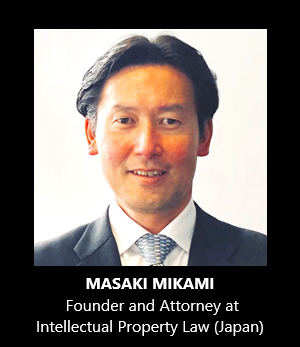 “This case makes us aware of the “first-to-file” principle in each jurisdiction for legal protection of intellectual property. It should be noted that a mere prior use in Japan or becoming famous in foreign country would be anything but persuasive to obtain legal protection of your brand in Japan. Don’t forget to file your brand in Japan in advance of launching business, otherwise you may put your brand business in peril.”