New research by forward-looking IP firm Mewburn Ellis in conjunction with YouGov, indicates that a majority of 16-25-year-olds in Britain lack confidence in their knowledge of their intellectual property (IP) rights.

Respondents were also asked about the best way of making young people aware of their IP rights. The most popular answer (48%) was learning in institutional settings such as a school or college, while the next most popular answer (38%) was learning in the workplace via a work placement. Again, there was some gender disparity in the responses, with over half of female respondents (59%) favouring institutional learning, while the most popular answer for male respondents (47%) was workplace learning. The third option, learning online via government approved resources, was the least popular choice across the board for all categories of respondent (including gender, region and working status).

The research was carried out by Mewburn Ellis in conjunction with YouGov, to mark World Intellectual Property Day on 26 April. The theme for this year is ‘IP and Youth: innovating for a better future’.

Mewburn Ellis actively champions innovation amongst young people via their sponsorship of CREST, the British Science Association-led scheme for student project work in the STEM subjects. As part of their sponsorship, Mewburn Ellis is joining forces with CREST to host ‘discovery days’, by which a class of school children will come into a Mewburn Ellis office to participate in a STEM challenge led by a CREST facilitator. Working in teams with help from Mewburn Ellis people, the students are challenged to use digital tools and new technologies to tackle climate change in their local area. The first discovery days will take place later this year in Mewburn Ellis’ London and Manchester offices. 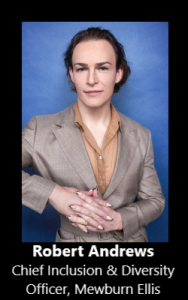 “World Intellectual Property Day has this year provided us with an important opportunity to talk about how young people are engaging with STEM innovation, and to support that engagement.

“It is vital that, as part of this support, we talk about IP education, or young people will not be able to protect their creations. The UK has a fantastic reputation for innovation and the responses to this survey suggest that young people largely feel supported in their innovation aspirations. The next step is to ensure that they feel confident about protecting their work, and that they know when they have recourse against anyone trying to exploit their work without their permission. If young people cannot protect their creations, youth innovation is going nowhere.”