Nicholas Buckland reports: tech and brands: an alliance to reverse the tide of counterfeit goods? 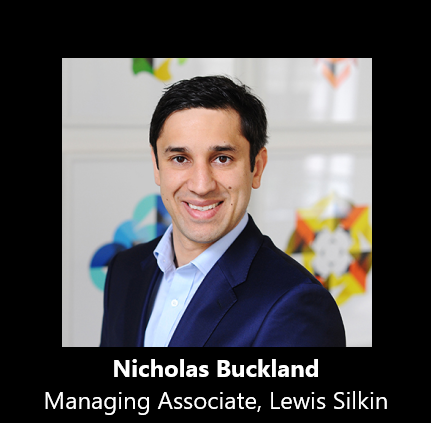 Four million counterfeit listings removed; 45,000 websites and social media accounts disabled; 4.1 million counterfeit products seized, all in the space of one year.  These are the eye-watering numbers which make up the challenge Gucci, and countless other luxury brands, face when dealing with counterfeiting.

Traditionally this issue was compounded by the proliferation of infringers on social media, where the use of multiple aliases and accounts meant that as soon as brand-owners were able to secure removal of one infringing account, another would immediately pop up selling the same counterfeit products.  The “whack-a-mole” process of preventing further infringements would begin all over again.  This issue was compounded by the rise of platforms such as Facebook Marketplace, enabling infringers to both promote and list counterfeits through social media.

Recently, however, there have been encouraging signs that the social media companies, as well as e-commerce platforms more generally, are becoming more pro-active in supporting brand-owners when combatting counterfeits.  Amazon have filed several joint lawsuits alongside luxury brands, including a joint lawsuit with Salvatore Ferragamo against four individuals and three Chinese entities in the United States District Court of Washington.  Facebook have also filed a joint lawsuit, with Gucci, in the US District Court for the District of California, against an individual whom the complainants argue is running a “sophisticated counterfeiting scheme to sell replica Gucci goods at high price points for counterfeits”.

The complaint argues that Natalia Kokhtenko used Facebook and Instagram to promote her websites, which sold products including fake Gucci-branded handbags, shoes, clothing and accessories.  This was in direct contravention of Facebook and Instagram’s policies and terms of use.  Despite disabling Ms Kokhtenko’s accounts and removing infringing posts, she had continued to promote the sale of counterfeit Gucci goods.  Several of Gucci’s registered marks were involved, including its house mark ‘Gucci’, Gucci’s “signature webbing” (with its green/red/green color combination) and a number of Gucci’s stylized and GG registrations.

Given brands have experienced issues with social media for many years, why have these collaborations started to become more widespread?  One potential explanation is that social media platforms are starting to expand more into “social commerce”; with the increase in social media usage and online shopping, there is an opportunity for companies such as Facebook to provide a compelling “social” sales platform to offer luxury goods.  In order to do this their platforms need to be seen as not enabling counterfeits to be sold and brands to be diluted.  This also applies to resellers such as Amazon, who in order to position themselves as a reseller of more luxury items need to show that counterfeits will not be tolerated.

This is certainly positive news for brands.  The potential to work with, rather than against, platforms and social media companies means that there is another weapon in the armoury of brands when tackling counterfeits.  However although notable, many brands will want to see this as the start of a major shift, rather than a few high-profile examples.  Gucci’s own numbers of counterfeits show that counterfeiting remains a huge problem, and brands will be watching on to see how widespread this pro-active approach to tackling counterfeits will become.  Brands may also hope that, as well as taking action after the event, social media companies will prevent the original infringing activity taking place, perhaps through more authentication processes prior to listing.

Smaller brands will also be watching to see if the support Facebook and Amazon have given Gucci and Salvatore Ferragamo will not be the preserve of luxury brands, but all brands.  Amazon have provided welcome comments in this regard, stating publicly that through their Counterfeit Crimes Unit, they are “working closely with luxury and cosmetics brands, small businesses, and brands with global name recognition”, and they “will continue to fight to protect intellectual property from small family-owned businesses through Fortune 500 companies”.

IP owners will be keeping a close eye on developments in this space; they may be hoping that counterfeiters are doing the same.