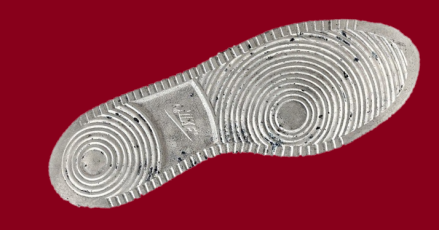 A new lawsuit involving Non-Fungible Tokens (NFTs)1 has hit the trademark litigation world. Renowned sports shoemaker Nike has sued StockX2 for using its famous trademarks to mint NFTs at a highly inflated rate without Nike’s consent. StockX is a Detroit based reseller of merchandise with online presence, and a recent entrant in the NFT market.3

StockX claims that its NFTs are “100% authentic” and offer “ownership of physical Nike products safely stored in its vault but do not independently authenticate associated products”4. However, Nike disagrees and has caught the discrepancy in StockX’s language – “Putting aside the ineffectiveness of this tiny disclaimer, the “does not independently authenticate” language appears to conflict with the “100% Authentic” on the product page”5. Only time will tell whether StockX’s NFTs survive this litigation.

Nike has filed a complaint6 in the United States District Court for the Southern District of New York seeking to prohibit StockX from unauthorized use of its trademarks (enlisted in the complaint) for its NFTs. Nike also seeks substantial monetary damages from StockX7. Grounds of the lawsuit are trademark infringement, false designation of origin/ unfair competition, trademark dilution, injury to business reputation, and common law trademark infringement8. Some key claims in the complaint StockX must answer are:

Nike claims StockX is “blatantly freeriding” on its famous trademarks and the associated goodwill through unauthorized use in connection with marketing and sale of its NFTs, to compete with Nike in the NFT market9. A party is usually considered dwelling on another’s reputation if it is passing off its own goods under a trademark identical with or similar to another’s trademark. Interestingly, StockX does not sell its own physical products under Nike’s trademarks. It markets and sells NFTs (digitized images of Nike’s products) that grant Nike’s products’ ownership.

Nike argues that StockX is misappropriating its trademarks and associated goodwill, and is generating negative implications for Nike’s trademarks10. It is difficult to see how StockX’s offer of Nike’s physical products’ ownership endangers Nike’s reputation. Therefore, it will be interesting to read the court’s decision on whether StockX is riding on Nike’s reputation and is depriving Nike of its exclusive rights to use its trademarks in the NFT market.

According to Nike, consumers in the NFT market believe or are likely to believe that StockX’s NFTs are authorized by and originate from Nike, when in reality, they are not11. Nike has incorporated public comments’ snapshots in the complaint to show actual consumer confusion, and deception about relation between Nike’s products and StockX’s NFTs, and their origin12. Nike argues that StockX’s NFT is creating false association with Nike’s trademarks, and consumers are believing that Nike is endorsing or is benefitting from StockX’s NFT13.

Nike is diligently going beyond the likelihood of confusion14 argument, substantiating actual confusion with consumers’ reactions to StockX’s NFT products’ sale, and strengthening its case. Primarily, Nike’s argument appears solid. However, netizens are still trying to understand the chaos called NFTs and their comments might lack thoughtfulness. Also, a consumer today is a discerning individual who cannot be undermined to misunderstand the difference between a branded product and a digitized image of a branded product.

According to Nike, StockX’s act to sell NFTs under Nike’s trademarks is attributed to its prior knowledge of Nike’s expansion plans in the NFT market15. Apparently, StockX was aware of Nike’s publicity efforts to enter the NFT market when it acquired RTFKT, a digital art and collectible creative studio, in December 202116. However, whether mere awareness proves a willful bad faith act is debatable.

Nike argues that StockX is jeopardizing its ability to identify its goods in NFT market by associating its inferior NFT products with Nike17. Hard to imagine that despite its magnanimous reputation and wide publicity to enter the NFT market, Nike is concerned with StockX’s prior presence there.

Disputes in the trademark litigation world involving NFTs appear to be rising. While StockX is yet to reveal their side of the story, surely NFTs present an intriguing challenge to the trademark law.