This judgment concerns a three-fold application by the Defendants (together “KnitPro”) brought in the context of a long running trademark dispute relating to knitting needles. 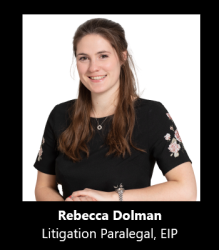 In 2013 the US-based Claimant’s predecessor began invalidity proceedings at the EUIPO regarding a “Chevron Mark”, one of two EU trademarks owned by Indian entity KnitPro. Subsequently, in 2015, KnitPro issued takedown notices to Amazon UK and the Claimant (“Crafts”) alleges that these notices amount to unjustified threats for infringement of registered trademarks.

Following correspondence between the parties which then went quiet for some years, Crafts issued proceedings against KnitPro and permission was granted by HHJ Hacon for service out of the jurisdiction in 2021. KnitPro were served in India with a number of documents however these did not include the applications for service out or the two witness statements filed in support of the same. KnitPro are yet to serve a defence.

KnitPro made an application seeking:

1) to set aside the order for service of proceedings issued by Crafts out of the jurisdiction (with the result that the claim would now be out of time);

2) a declaration that the Court has no jurisdiction over KnitPro; or

3) alternatively for a stay of proceedings pending determination of the validity of the disputed Chevron mark.

KnitPro argued before Mr Ian Karet (sitting as a Deputy High Court Judge) there were “significant failures” in the bid to serve out, along with a failure to make full and frank disclosure, and that given the passage of time, the threats claim should be time-barred. The alternative application for a stay raised a question as to whether Schedule 2A to the Trade Marks Act 1994 is in conformity with the UK-EU Withdrawal Agreement.

Service out of the jurisdiction

KnitPro argued Crafts were in breach of CPR 23.9 for failing to provide documents in accordance with the rules for service of an application made without notice. Mr Karet exercised his powers under 3.10 to remedy Crafts’ breach, finding the breach was neither “serious or significant”, had “occurred by accident”, caused no disadvantage to KnitPro and was remedied with the later provision of the documents.

KnitPro’s second complaint was Crafts’ failure to make “full and frank disclosure” in the application to serve out alleging seven deficiencies. Mr Karet affirmed the correct test for full and frank disclosure to be that set out in MRG by Toulson J as applied by Bryan J in Libyan Investment Authority and not the higher test argued for by KnitPro. Mr Karet found that the complaints KnitPro raised did not go to the question of whether the court had jurisdiction over the alleged threats. The judge consequently held that there had been no material non-disclosure and dismissed the application.

The remaining question for the court to consider was whether proceedings should be stayed pending the resolution of the validity of the Chevron trademark before the EUIPO.

KnitPro argued that as the proceedings against the First Defendant were issued prior to Brexit, they were “pending proceedings” for a related action under the European Trade Mark regulation 2017/1001 (“EUTMR) and should be stayed and that any stay against the First Defendant should be extended to the Second Defendant under the court’s case management powers. They also referred to a number of stayed patent proceedings arguing that by analogy the same should apply in trademark cases. On the other hand, Crafts’ position was that the provisions of the EUTMR did not apply to the case and so there should be no stay.

Mr Karet agreed with Crafts that a UK threats action was not one of the types of infringement or invalidity act listed under Article 124 EUTMR and as a result, Article 132 was not engaged.  The judge declined to exercise the court’s case management powers to order a stay and the application failed.

This case affirms the court’s powers to remedy breaches of service procedure and highlights that proceedings for unjustified threats fall outside the remit of stay provisions under Article 132 of the EUTMR.