Not such a perfect match! Rowena Tolley reports on M&S’ blunder 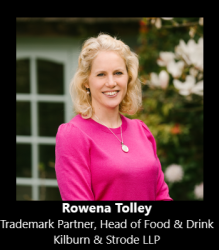 Hot on the heels of Colin v. Cuthbert the Caterpillar and “Glitter Globe Gin Gate”, M&S has kindly (if unintentionally) provided us with yet another brilliant case study in the world of Food & Drink copycats.

Just when we were getting used to M&S being the ones on the warpath, targeting Aldi for their copycat cake and popular Christmas gin, up popped Bath chocolatier Choc on Choc on 21 January 2022 with a post on Instagram, very clearly casting M&S as Goliath against a much wronged David.

Choc on Choc had apparently been selling their “Perfect Match” white chocolate matchsticks since 2015 (with dated files to prove it) and were appalled to learn from a customer that M&S had launched their own virtually identical product for Valentine’s Day under the same name.  They accordingly reached out to M&S through the usual legal channels but received no reply, at which point they felt they had no option but to turn to social media to highlight the issue.

Their post on Instagram mentioned Aldi and Cuthbert and accused M&S of “double standards”.  While they said they were “flattered” by M&S’ copycat design, they were also “disappointed”, suggesting “these big companies” should commission products and “positively support UK businesses and designers” instead of copying.  Ouch.

As the news spread like wildfire on social media, M&S clearly realised they were in for a hammering if they didn’t get this sorted quickly, stating that they take IP rights very seriously and that it was a “genuine mistake”.  Speedy negotiations followed, resulting in a settlement whereby M&S would sell off their remaining stock, sell 500 units of Choc on Choc’s own products in M&S stores, commit to Choc on Choc’s request that M&S should accept more ideas from small businesses through their small supplier programme – and collaborate with Choc on Choc for further ranges over Easter and Mother’s Day.  Who seemed pretty pleased by the outcome!

So what can we take from this latest example of copying or let’s say “inspiration” in the F&D sector?