Oatly had claimed that the farm’s product, PureOaty, was too similar to its own, in both name and packaging design.

In its defence, Glebe Farm Foods argued that the brand name of its oat milk product and its packaging design featured generic terms and imagery, and there was no intention to mislead Oatly’s customers into believing the two rival brands were associated. 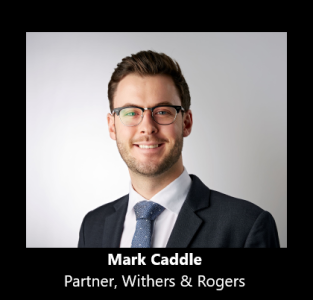 “This is a victory for small producers that have worked hard and invested significant sums of money to bring their products to market.

“Although Oatly is a well-established brand, the case demonstrates that brands should be careful in selecting which trade mark claims to pursue. In fast-growing markets, such as plant-based products, brands are often racing to get their products to market so they can grab as much market share as they can ahead of their competitors. Once they have secured some market share, they are keen to defend it by bringing infringement claims where necessary.

“In this case, the small producer has won, but this doesn’t mean they should skip due diligence before bringing a new product to market. Brands should consider trade mark clearance checks as an insurance policy, one that could save them time, money and the heartache of having to take a product off the market.

“For Oatly, this result could be reputationally damaging and its decision to take legal action against a small producer could seem anti-competitive. Whether it will impact on sales in future is yet to be seen, but this case has proven that being a market leader doesn’t guarantee success.”

Established in 1884, Withers & Rogers LLP is a leading European intellectual property (IP) firm providing expert advice on the protection and enforcement of IP rights particularly for inventions, designs and trade marks. Reflecting the firm’s distinctive entrepreneurial personality, its patent and trade mark attorneys come with a depth of specialist understanding and pride themselves on helping businesses to commercialise their IP.

With over 200 partners and staff, Withers & Rogers has four offices in the UK (London, Bristol, Leamington Spa and Sheffield) and two further offices in Paris and Munich. The firm’s client portfolio stretches across the Americas, the Far East and Australia as well as mainland Europe.

Withers & Rogers has a large, technology-diverse client base ranging from major corporations and multi-nationals to small and medium-sized enterprises and universities, www.withersrogers.com