Pejorative Trademarks – Can you imagine yourself driving a car called “bad luck”? 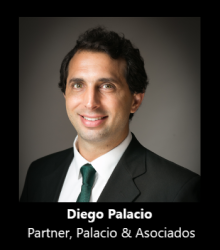 Pejorative trademarks are distinctive signs that have a negative or unfavorable conceptual content.

Some of these signs could be registered because they do not fall within the prohibitions that trademark laws around the world normally contain, such as those words that violate morals or good practices or even those that constitute denigrating trademarks, as is the case in Argentina.

However, those trademarks that do not fall within the aforementioned prohibitions do not entail a real incentive for companies to register them or use them in the market either, since they could generate a totally inverse and detrimental result from the one sought by the owner of those trademarks.

I must emphasize that the analysis of this type of trademark is subjective, there are extreme cases where there would be no doubt about what pejorative is, but there are other cases in which there may be different opinions about what it is and is not pejorative. In addition, these valuations may differ depending on the territory in which we are located, even change over time, and depend on the context or the goods or services for which the TM is used.

What types of pejorative trademarks exist?

Within the concept of pejorative, there are, on the one hand, those TMs that are known to be pre-existing pejorative TMs and, on the other hand, those that have become pejorative.

On the contrary, every now and then, it happens that companies that are expanding to other countries logically want to implement the trademarks that they registered and used in the country of origin, but when carrying out previous analyzes and investigations it turns out that their precious TM is pejorative and consequently, they must replace it, or modify it. Clearly, it is advisable to discover that you are dealing with a pejorative TM before entering the market. I do not want to imagine the damage to a company’s image and the expenses that would be involved in finding out about this situation after entering the market.

Anticipate and change: famous TMs that had to adapt themselves

A resounding case of pre-existing pejorative TM was the case of TM “JETTA” for cars, which was widely used by Volkswagen in many countries; however, in Argentina and other Spanish-speaking countries they were called Vento, because TM “JETTA” is phonetically pronounced “yeta“, a word that means “bad luck”. Can you imagine yourself driving a car called “bad luck”?

Another case also related to automobiles, this time from the Mitsubishi company, was the case of the most famous 4×4 of the Japanese brand, which decided to call it “PAJERO”, in reference to the Leopardus Pajeros, a South American feline known as the Pajero cat or cat of the grasslands. The problem with this TM is that its meaning in Argentina and other Latin American countries refers to a person who masturbates or is lazy. The TM was eventually replaced by MONTERO. If the TM had not been changed for these territories, sales would have been really low.

As in the previous case, language was a problem for Unilever when it wanted to use the famous TM of AXE deodorants in several English-speaking countries. Trademark AXE in English is read as and associated with an “axe”, so it was considered aggressive and unfavorable in English for a cosmetic product and was changed to LYNX. The curious thing about this case is that it is a pejorative trademark due to the context of use specifically for deodorants since the same trademark used for other products or services may not cause the same negative effect.

The coronavirus, the war and the TMs that became pejorative or ceased to be.

In relation to TMs that have become pejorative or circumstantially pejorative, we can mention the case of CORONA. Sales of this TM of beer would have fallen substantially in many countries at the beginning and during the coronavirus pandemic, precisely because of the association made by consumers due to the similarity between the names of the beer and the virus. It was an unfortunate situation for AB InBev because it had no influence on what happened and it was an unforeseeable situation.

Different is the case for a good number of TMs that have become pejorative due to the poor quality of products or services, and not having been able to reverse this new status with advertising strategies, they have had to change their TM names. One of the functions of a TM is to guarantee a certain quality, if that is no longer viable, it is better to change.

A remarkable case in Argentina is the situation of the word “BOLUDO” which colloquially means fool or silly, but over time this word has begun to be used among friends or acquaintances without a negative connotation, jokingly or even affectively, varying according to the modulation when pronouncing it. Abroad this last conceptual sense predominates, the word “BOLUDO” went from being pejorative to being a typical and distinctive “favorable” filler of many Argentines, which is why there are many trademarks in several countries that contain said word within their trademark sets.

Finally, I must address the impact of war on TMs. Russia’s invasion of Ukraine generated a negative impact on the TMs of distinguished Russian goods, which should be circumstantial at least while the attacks last. These TMs that have become pejorative will definitely affect the sales of Russian products worldwide. To counteract these negative effects of the war, the STOLICHNAYA vodka company decided to change the name of its TM to STOLI in this way diminishing the Russian conceptual content of the TM, in addition they published that from now on none of the ingredients that make up the vodka will come from Russia.

On balance, pre-existing pejorative TMs can be foreseen and avoided with a good search and previous analysis carried out by IP specialists, as well as it can be avoided that our TM becomes pejorative because quality is badly affected. For unforeseen cases or force majeure such as a war that do not depend on companies, you can only react quickly and implement a good advertising and marketing strategy, if it does not work, you will have to change the TM and adapt to new times.