Pokemon stands up for himself – Vladimir Biriulin reports 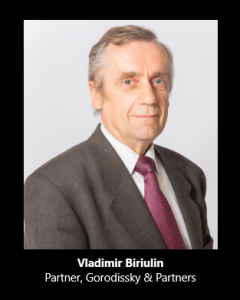 April 2022. The events in the Ukraine are widely discussed everywhere. In the meantime, life of intellectual property and its enforcement continues.

On April 27, 2022, commercial court in the Russian Far East handed down a judgment against the infringer. It bore a telling name, “Beatles Ltd.”  It has nothing to do with music so even the name may be considered as bad faith, though not punishable.

The infringer imported seven packs of playing cards. In some of which there was an image and a designation POKEMON owned by Nintendo Co. Ltd. The cards were manufactured by Jiangsu Jinianpin, a Chinese company.

The customs detained the goods and initiated an administrative case. The respondent submitted a written response to the suit. He counterpleaded explaining that the country (Japan) where the trademark is registered is included in the list of countries taking unfriendly measures against Russia. According to the infringer, since Japan is an unfriendly country and the trademark owner is resident of the unfriendly country there is no infringement. Besides, the infringer argued that he is a small enterprise, he makes his best to fill the market with consumer products.

The court stated that that the trademark owner had earlier confirmed the counterfeiting character of the goods. It also became clear that the trademark owner had not given permission to use his trademarks by Beatles Ltd. and he assessed his damage at 324,000 rubles (about 5000 USD). Since this was an administrative case the amount of cited damage only proved that the infringement was not insignificant. Within the framework of the administrative case the infringer could be fined only.

The court extensively cited relevant provisions of the law and came to the conclusion that the customs’ claims were well based.

The court opined that the consumers could associate the goods with the trademark owner and believe that they could have been produced by him. Hence, the use of the trademarks could create impression that there could be some association between the infringer and the trademark owner. As a result, the court came to the conclusion that such use is infringement.

Since this was an administrative case the infringer was fined and the goods were confiscated.

It is interesting to note that the arguments of the infringer who argued that there was no infringement because the trademark owner was resident of an unfriendly country were simply ignored by court as if those arguments had not been made. It did not make any comments.