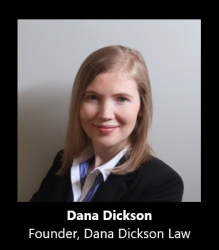 Before the music-streaming giant Spotify found itself in the news for less pleasant reasons, it scored an important win before the U.S. Trademark Trial and Appeal Board last month. The Board sustained Spotify’s oppositions to trademark applications filed to register the mark POTIFY with, among other things, an app that allowed users to search for medical marijuana dispensaries. Although Spotify alleged likelihood of confusion, dilution by blurring, and dilution by tarnishment, the Board focused in on the dilution by blurring claim and did not reach any of the other issues.

In the U.S., there are some significant differences between dilution by blurring and the far more common claim of a likelihood of confusion. Dilution by blurring occurs when a substantial percentage of consumers who see a junior party’s mark are immediately reminded of a famous mark and associate the two marks, even if consumers do not believe that the famous mark owner is the real source of the junior party’s goods/services. In short, in the context of dilution, Spotify didn’t have to prove that music streaming services and pot delivery apps were related; and they didn’t have to prove that consumers would likely believe, mistakenly, that Spotify was the source of the POTIFY app.

Although the Board addressed each of the elements of a claim for dilution by blurring, it dedicated a lot of its Opinion to the fame of the SPOTIFY mark. In part, that’s because the primary claim that the owners of the POTIFY app made in their defense was that the SPOTIFY mark was not sufficiently famous before the POTIFY mark was first used with the dispensary searching app on January 1, 2017.

The Board noted that before this date Spotify’s “‘Monthly Active Users’ . . . represented a sizable percentage of the entire United States population,” and stated that it could infer on this evidence alone that SPOTIFY became famous before the POTIFY mark’s date of first use. The Board also was impressed by evidence of third-party publications that called SPOTIFY a “household name” and “well known” before January 1, 2017.

Interestingly, Joe Rogan’s name came up twice in the opinion, but for different reasons than it appears in recent headlines. Mention was made of Spotify’s deals for exclusive podcast partnerships with Michelle Obama, Kim Kardashian West, and, yes, Joe Rogan. The Board felt the widely varying audiences for these podcasts ensured that even many Americans who did not stream music had been exposed to the SPOTIFY mark.

What evidence did the Board not find persuasive? It dispensed with claims from the CEO and COO behind the POTIFY app that they “did not think of Spotify or anything associated with Spotify” when creating their own mark. The Board pointed out that both were “longtime SPOTIFY users” before they chose the mark POTIFY for their app and suggested that their claims strained credulity: “It defies logic and common sense that a longtime, frequent SPOTIFY user, and another longtime SPOTIFY user, jointly came up with the highly similar name POTIFY without intending to, or knowing that other users of the incredibly popular SPOTIFY service would, associate POTIFY with SPOTIFY.”

The Board concluded that SPOTIFY “is among the most widely recognized brands in the United States . . . exceedingly famous” by “any and all measures,” and “as famous as marks come.” If that language wasn’t strong enough, the Board added that “although we need only find likely dilution, we find it inevitable that POTIFY ‘will diminish [SPOTIFY’s] distinctiveness.’”

While Spotify provided exceptionally strong evidence related to the fame of its mark, this wasn’t a close call. Business owners would still be wise to give famous marks (even ones that aren’t quite as famous as Spotify) a wide berth. If business owners brainstorming ideas for their mark land on one that’s fun and memorable because it sounds kind of like a famous mark that they like, that’s a sure sign that they should keep brainstorming. Given the crowded state of the U.S. federal trademark register, it’s difficult enough to get an application through the review process. No one wants it to die in opposition due to a dilution claim.