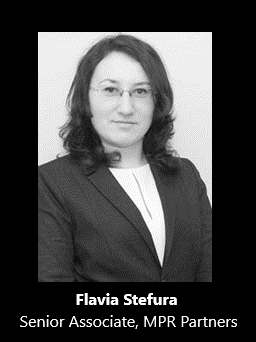 It is now 40 years since Princess Diana’s wedding dress, often dubbed the ‘most closely guarded secret in fashion history’, first made its appearance on the steps of St Paul’s Cathedral. The ivory silk-taffeta gown with puff sleeves and a 25-foot train, which has recently gone on display at Kensington Palace, was designed by a British couple, David and Elizabeth Emanuel. Once they had acquired the right to label themselves By Royal Appointment, everything changed. For a while, the Emanuel name became world famous.

In the early 1990s, Elizabeth divorced David. She then continued by herself and was asked to design all the Virgin Atlantic uniforms, luggage and accessories, as well as the wedding outfits for Sir Richard Branson, his wife and their children for the couple’s wedding.

But gradually, the business unraveled. She then assigned the business and all its assets to a new business, Elizabeth Emanuel (EE Plc), which went into administration. Shortly afterwards, the registered trademark was sold to Oakridge Trading, owned by a Manchester businessman, Shami Ahmed. In July, after a 25-year battle, Elizabeth Emanuel successfully struck a deal to market her creations under her own name.

Emanuel’s problems have centered on her trademark – a sign used in commerce to identify the source from which goods and services originate. Many types of sign can be registered as trademarks, not least the names of individuals. Registering eponymous trademarks is especially common in the fashion industry, where successful designers link their names to their products. In public perception, the name becomes synonymous with the brand. Several renowned fashion houses are named after their founders: Chanel, after Gabrielle (Coco) Chanel; Dior, after Christian Dior; Burberry, after Thomas Burberry; and so on.

However, there are pitfalls in registering and/or using one’s name as a trademark, as numerous disputes over such trademarks demonstrate. Although some disputes arise from the availability of the name used, as was the case with Chanel versus Chanel’s Salon, where the famous French luxury brand barred Chanel Jones from commercially exploiting the word “Chanel” in relation to her services, others arise when a successful brand has been sold by its initial owner, who then tries to reuse it in other ventures.

Numerous designers have been involved in litigation over their eponymous brands. They include: Paolo Gucci, Karen Millen, Kate Spade, Joseph Abboud, and, of course, Elizabeth Emanuel. What they have in common is that they cannot use their names commercially because they have assigned the trademarks incorporating their names to other undertakings.

In Emanuel’s case, the European Court of Justice gave a preliminary ruling in 2006 in which the judges said that because she had voluntarily assigned the trademark rights to Ahmed, founder of the Joe Bloggs label, she had no claim. The Court reasoned that “even if the average consumer might be influenced in his act of purchasing a garment bearing the trademark ‘Elizabeth Emanuel’ by imagining that the appellant in the main proceedings was involved in the design of that garment, the characteristics and the qualities of that garment remain guaranteed by the undertaking which owns the trademark.” The respective trademark therefore could not be revoked because it would mislead the public when the goodwill associated with that mark has been assigned, together with the business making the goods to which the mark relates.

Fortunately for Emanuel, her story now has a happy ending. She recently reached a settlement with Boi Group, the current owner of the trademark, that will initially allow her designs to be sold under her name in an exclusive one-year deal with the high street chain TK Maxx. Lawyers for Emanuel are now set to make a second court claim to regain the trademark rights.

While registering one’s name as a trademark has certain unchallenged advantages, such as the enormous publicity and value that accrue to the name if the products are successful, one should also consider what might happen in future ventures should the registered trademark and goodwill be sold to a third party. Designers cannot simply sell their business for a large amount and then automatically expect to create new businesses using the same name.

This article contains general information and should not be considered as legal advice.