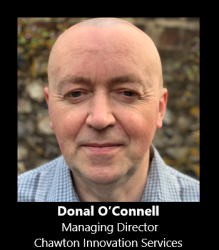 Samsung filed a lawsuit against its former VP of Intellectual Property in Texas on 10 February 2022 alleging the illegal use of trade secrets by its former executive. Samsung filed the suit with the U.S. district court in Texas.

Yet another trade secret dispute you may say but this is rather unique I suggest.

Yes, we have witnessed an increase in trade secret disputes in recent times but the trade secrets in question tend to be some algorithm within the R&D function, customer data managed by Sales & Marketing functions, some filtration process held by Operations in the factory, some negative know-how in the form of failed tests and test data held by the Test function and/or some new business plans by the Business Development function.

It is most uncommon to come across a trade secret dispute involving IP folks as the plaintiff or defendant and the trade secret information being from within the IP function of a company.

How will this case play out?

Well, any trade secret misappropriation court case may be seen as a three-step process

Of course, the accused will try to prove that the information in question was not a trade secret at the time of the incident OR that no misappropriation took place OR that no damage was caused.

Although this court case will take place sometime in the future, Samsung must prove that the information in question was being treated as a trade secret at the time of the alleged theft.

One could argue that there is an initial step before we even get to these three steps described above, namely discussing and agreeing what information is actually in dispute. There seems to be a trend in trade secret disputes that at the outset of the dispute the trade secret is defined with ‘reasonable particularity’ prior to letting the case proper proceed.

To qualify as a trade secret, the information in question must not be in the public domain; must be kept secret; must have access limited; must be wrapped in protection, ideally using a combination of administrative, legal and technical means; and must have value to the company now or in the future.

If the information in question have been shared with others, then there must have the appropriate legal framework in place and these others must also treat the information as a trade secret

Samsung will have to produce evidence that it was treating the information in question as a trade secret back at the time of the incident. Evidence is the available body of facts or information indicating whether a belief or proposition is true or valid. ‘Trust me, your Honour’ does not qualify as evidence.

A second interesting aspect of this case as to why Samsung opted to sue in the USA rather than in say Korea.

Well, US trade secret laws were greatly enhanced with the Defend Trade Secrets Act signed into law by President Obama on 11 May 2016. After the DTSA’s passage by the Senate, Forbes magazine called the law the “Biggest Development in [Intellectual Property] in Years”.

The punch of this new law has also been extended by tethering it with the US federal racketeering law.

Since the passage of the DTSA, trade secret claims have become increasingly attractive to plaintiffs. Recent trade secret litigation data suggests that the plaintiff wins over 70% of the time.

Only time will tell how this Samsung trade secret misappropriation litigation case develops, but I suggest that it may worthwhile following any such developments.