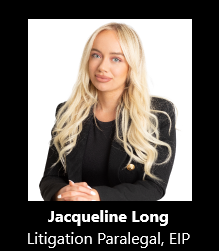 Two of the biggest players in the energy drinks game come head to head in this trademark dispute. As Monster Energy appealed a decision refusing Monster’s application to register the mark ‘Red Dawg’.

At the original hearing Red Bull had opposed registration of the mark and had made out a successful opposition on the basis of s.5(3) of the TMA, having established before the hearing officer:

iii) and finally, that as a result, one of three forms of injury would arise, namely (1) detriment to the distinctive character or (2) the detriment of the earlier mark, or (3) taking unfair advantage of the earlier mark.  Mr Hopkins concluded that the later mark would remind consumers of the earlier mark thereby making it easier for Monster to sell more product without incurring the usual marketing costs and essentially allowing Monster to ‘free-ride’ on the reputation of Red Bull and thus gaining an ‘unfair commercial advantage’

Appeal to the High Court

In the appeal before Adam Johnson J, Monster directed the appeal at Mr. Hopkins’ conclusion on the third element. Monster argued that the decision was flawed as it erroneously merged the “link” requirement with the “unfair advantage” requirement. Monster argued that had the hearing officer applied his mind to it properly he would have realized there was no evidence to support the conclusion he drew.

Whilst the judge agreed with Monster that there was no evidence of a subjective intention to take advantage of Red Bull’s earlier mark. The hearing officer’s decision, looked at as a whole, was that Monster chose ‘Red Dawg’ with a view to it having brand significance and an impact on their consumers irrespective of whether the intention was specific to the earlier ‘Red Bull’ mark.

The judge said that Mr Hopkins had made a finding that the closeness between the marks meant that a consumer encountering the ‘Red Dawg’ mark will “certainly be reminded” of the earlier mark, even if consumers are not confused between the two. Effectively the earlier mark makes it easier for the later mark to establish itself in the energy drinks field without incurring extra marketing costs that may have otherwise been encountered and this gives rise to unfairness as Monster will be given a ‘free-ride’ even if that was not what they set out to do and will therefore gain an unfair commercial advantage.

The Issue of Principle

There was nothing objectionable in the hearing officer having reached his decision despite Monster having no subjective intention to take advantage of the Red Bull mark.  Both the hearing officer and the appeal judge refer to the Jack Wills decision. In Jack Wills there was also no conclusion of deliberate copying of Jack Wills’ branding but none the less the case under s.5(3) was found made out in Jack Wills’ case as the concept underlying s.5(3) is not dependent of the defendant’s subjective intention.  When looking to Jack Wills for guidance the judge believed it amounted to unfair competition in the form of ‘’free-riding’’ and that the Hearing Officer was correct in recognizing an established form of unfairness.

Monster also argued that there was a lack of evidence for Red Bull’s position and Mr Hopkins’ conclusion. Monster argued that whilst it was not necessary to show actual unfair advantage, Red Bull did need to show a serious risk of an unfair advantage.  Monster argued that the evidence pointed the other way: they are a huge global brand therefore do not need to take advantage of the similarity between the two marks. However, the judge was unpersuaded that the hearing officer’s evaluation contained any error of principle or was clearly wrong. The analysis contained an implicit assumption that Monster chose their mark seeking to influence consumer behavior and that the similarity with the Red Bull mark would make it easier for Monster to sell its products.

In the Jack Wills case, Arnold J followed the approach in Environmental Manufacturing in assessing the potential for use of a contested mark to have an impact of economic behavior – that the claimant did not require positive evidence, it was enough to show that there was some risk. A decision cannot be based on “mere suppositions” but inferences can be based on the inherent probabilities and the normal practice in the relevant sector. The conclusions reached by the hearing officer in the present case were legitimate for him to reach.  Even if there were some factors that could point the decision in another direction, it does not mean that the overall evaluation was wrong.

The Appeal therefore failed and was dismissed 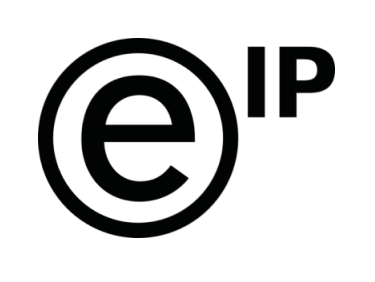