Last 14 July, very day of the French “Bastille day”, the General Court of the European Union issued a ruling which, if not “revolutionary”, seems to open a breach in the fortress built by the European Union Intellectual Property Office (“EUIPO”) practice around three-dimensional trademarks registration.

On October 19, 2018, Guerlain had applied for registration of a three-dimensional EU trademark for “lipsticks” in Class 3.  Said shape was represented as follows:

This application had been rejected by the EUIPO examiner (EUIPO, August 21, 2019) on the ground that such sign would lack distinctive character (Article 7(1)(b) EUTMR).  The Board of Appeal of the EUIPO upheld that decision, considering that the trademark was not sufficiently distinctive to enable the product to be identified as originating from Guerlain.  It also considered that, even assuming that the trademark applied for was different from all other forms of lipsticks on the market, it was not unusual for consumers to find such products under various forms and shapes.  Thus, the specific characteristics of this shape did not allow consumers to distinguish it significantly from the other forms usually present on the market.  To the Board of appeal, the shape at stake would not be perceived as anything else than a variant of those forms and shapes and lacks distinctive character.

Following the argumentation developed by Guerlain in appeal, the General Court reversed this position of the EUIPO.

The General Court refers to the general principle according to which even though the relevant criteria to assess the distinctiveness of a 3D sign are the same as those applicable to other categories of trademarks, one has to take into account the fact that the consumer’s perception is not necessarily the same in the case of a 3D sign, which consists of the appearance of the goods themselves, as in the case of a word or figurative trademark, which consists of a sign that is independent of the appearance of the goods it designates.  As a result, to play the role of a badge of origin, a 3D sign must “significantly diverge from the norm or custom of the relevant sector”.

While Guerlain emphasized the fact that the “aesthetically successful appearance” of the shape would lead the public to perceive this shape as a distinctive sign, the EUIPO was in the opinion that such “aesthetical aspect” is irrelevant.  However, the General Court states that “it cannot be excluded that the aesthetic aspect of a mark taking the form of a product packaging of a product can be taken into account, among other elements, to elements, to establish a difference with respect to the norms and customs of a sector, as long as this aesthetic aspect is understood as referring to the objective and unusual visual effect produced by the specific design of the said mark” (§43).  In the Court’s opinion, taking into consideration such aesthetic effect does not result in an evaluation of the level of beauty of the product which would be subjective and irrelevant, but merely results in a test which purpose is to verify whether the product is likely to generate an “objective and unusual visual effect” (§44).

Considering the various samples of lipsticks available on the market the EUIPO Board of appeal had taken into consideration to evaluate the norms of the relevant sector, the Court concluded that Guerlain’s “Rouge G” lipstick’s shape, reminiscent of a boat hull, differs from any other shape on the market.  To the Court, the fact that a sector is characterized by a wide variety of product forms does not imply that another form will necessarily be perceived as one of those (§50).

In view of its particular shape and surface markings, the Court considered that the Guerlain’s “Rouge G” lipstick shape will be easily memorized by the public who will perceive it as significantly deviating from the norms and customs of the lipstick sector.

This ruling is pretty encouraging and holds out hope for the future and economic actors’ ability to register 3D trademarks. 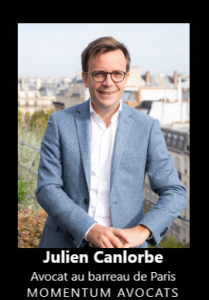 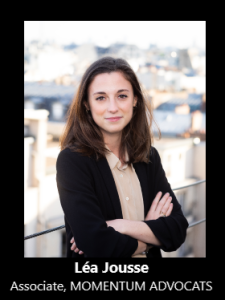 Based in Paris, Momentum Avocats is an independent law firm that provides innovative solutions to legal and business challenges in intellectual property and information technology law, with a focus on European and international perspectives. Our team of attorneys provides multidisciplinary services covering counseling, litigation as well as public and regulatory affairs.