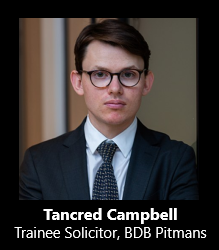 Iceland the country and Iceland Foods Ltd (the supermarket specializing in frozen foods) have been engaged in a long running and well publicized dispute over their name. A new milestone was reached on 9 September when the Grand Board of the European Intellectual Property Office (EUIPO) considered the First Board of Appeal’s (BoA) referral in relation to the appeal lodged by Iceland Foods, after their two trade marks for ICELAND were invalidated.

A recap leading to the latest hearing

Iceland Foods filed for the word mark ICELAND in 2002 and notwithstanding considerable opposition from interested Icelandic parties, the application was registered in 2014. In 2013 Iceland Foods applied for a further trademark to protect the stylized word ICELAND.

Both trademarks were registered in seven classes of goods and services. 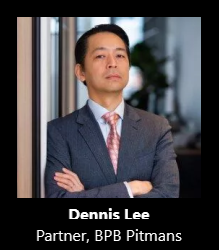 When Iceland Foods sought in 2016 to prevent various Icelandic producers from using the word ‘Iceland’ to describe their goods, an applicant named Íslandsstofa (Promote Iceland) filed to invalidate the trade mark, citing the absolute grounds under Article 7(1) (b), (c) and (g) EU Trade Mark Regulation (EUTMR) see https://eur-lex.europa.eu/legal-content/EN/TXT/?uri=CELEX%3A32017R1001#d1e573.  Absolute grounds are the criteria relating to the fundamental nature of a trade mark required for it to be registrable. In 2018 Iceland Trademark Holdings applied for the second trade mark to be invalided relying on the same absolute grounds.

In 2019 the EUIPO declared that each of Iceland Foods’ trade marks were invalid under Article 7 (1) (c) EUTMR – namely that the trade marks were invalid as they described the geographical origin of goods and services. Iceland Foods relied unsuccessfully on acquired distinctiveness of the mark.  They then appealed both decisions to the BoA, who referred the appeal to the Grand Board in 2021.  The Grand Board considered the appeal on 9 September 2022 by way of a (first ever) public oral hearing, which was also live-streamed.

In these latest proceedings brought by the Icelandic Ministry for Foreign Affairs, the Grand Board was asked to clarify the scope of objection under Article 59(1)(a) in conjunction with Article 7(1)(c) EUTMR when the sign is a geographical name and specifically:

Both sides made representation, relied on expert witnesses, and were subjected to cross-examination by the Grand Board.

Through a series of cases, but most notably in Windsurfing Chiemsee Produktions v Huber (Joined Cases C-108 and 109/97) [2000], it has been well established that a trademark of a geographic term can be registered, if the relevant place is well known for the goods and services for which the trade mark is being applied for, or could be known for those goods and services at a later date. Iceland Foods argued that the country of Iceland, in the minds of EU consumers, was only known for producing a small range of goods (none of which fell into the class of goods and services their trademarks were attached to).

On the one hand, Icelandic producers should always be able to rely on the defense of descriptive use provided by Article 14, were they faced with any infringement claim by Iceland Foods. However, Iceland’s representatives contended that an Icelandic producer could unilaterally become known for particular goods or services, hence their country’s name should never be registerable as a trademark.

It is hoped that the Grand Board’s decision will provide further guidance on the extent to which a geographic place and specifically a country’s name can be registered as a trademark. Judgment was reserved and the Grand Board should hand down its decision in the coming months.

Written by Tancred Campbell and Dennis Lee of BDB Pitmans.