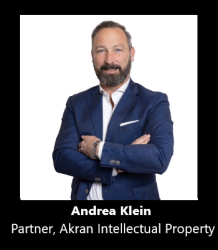 On January 14th, 2022, the EUIPO’s Opposition Division (hereinafter “the Office”) rejected the opposition filed by Louis Vuitton Malletier (hereinafter “Louis Vuitton”) based on Arts. 8(1) and 8(2) of the EUTMR[1] against the registration of the figurative European mark “NL Loves Vittorio” or, depending on the point of view, “LN Loves Vittorio”, excluding a likelihood of confusion between the two signs[2].

The applied for trademark adopts the same font of the earlier one and the letter “N”, replacing the letter “V” of LV, crosses the “L” (in both signs in italics) just like Louis Vuitton’s. As such, the application visually diverges from the well established acronym for one little detail and, of course, for  the wording “Loves Vittorio”.

The Office argued that the contested sign would not have specific meaning for the relevant public, assuming that it could also be understood (with a touch of imagination) as a unitary concept to signify that a person with the initials “NL” or “LN” “loves” a person named “Vittorio”. According to the Office, the two marks are visually, aurally, and conceptually different.

The main argument used by the Office to reject the opposition   is that Louis Vuitton did not explicitly claim that its mark enjoys of an enhanced distinctive character by virtue of intensive use or reputation. The Office cannot infer, by itself, well-known facts, leading it to conclude that “the earlier mark as a whole has no meaning for any of the goods in question from the perspective of the public in the relevant territory”, concluding for Louis Vuitton’s degree of distinctiveness “as normal”. Insofar as art. 8(5) EUTMR, upon which the opposition was also based, the ground was not taken into account since no evidence of reputation was submitted and the Office, in examining relative grounds for refusal of registration, is restricted to the facts, evidence and arguments provided by the parties.

The decision might be disappointing for some, but it is not entirely surprising, considering that the Office applied art. 7(2)(f) of the EUTMDR which places on the opponent the burden of proof related to the unfair advantage arising from the use of the contested sign or its detrimental effect to the earlier trademark and the Office cannot take into account alleged rights for which evidence was not submitted.

Regardless of what one may think in the merits of this decision,  the case gives us the opportunity to highlight one of the several differences between the EUIPO and the practice of the Italian Patent and Trademark Office (Ufficio Italiano Brevetti e Marchi, hereinafter “IPTO”) in opposition proceedings.

The here-mentioned EUIPO’s decision confirmed, once again, that the Office cannot take into account any alleged rights for which the opponent does not submit appropriate evidence (or makes reference to on-line recognized source) . On the other hand, the IPTO, in the Fendi vs. Feundi case[3], stated that “reputation can be a well-known fact that the examiner is free to assess spontaneously, especially (thus not necessarily), if supported by substantiated evidence”. As such, the IPTO rejected the registration of the sign “Feundi” because of its likelihood of confusion with the reputed mark “Fendi”.

The different approaches on well-known facts adopted by the Offices is one of the subtle differences in the Office’s practices in the not so harmonized EU jurisdictions.