Dior is the latest designer to struggle in the pursuit of a 3D shape trademark registration.  In the recent decision: R 32/2022-2, the Appeal Board of the EUIPO upheld (in-part) the Examiner’s rejection of Dior’s trademark application to register the shape of its Saddle Bag for certain goods, including handbags.

The Saddle Bag was first designed by John Galliano in 1999. It has recently been reintroduced and has been crowned a ‘decade-defying IT bag’ by Vogue magazine. The bags retail for several thousand pounds.

In March 2021, Christian Dior Couture attempted to register a 3D mark (shown above left) to cover goods in class 18 – handbags and class 9 – eyeglasses cases.  They added a description of the mark: ‘consisting of the three-dimensional product design of a bag with a curved and sloping base, and a single flap with curved contours covering the opening of the bag.’

The EUIPO refused the application for goods in both class 18 and class 9, stating the mark did not ‘significantly depart from the norm or customs of the sector,’ and therefore lacked distinctiveness. Additionally, the Examiner held that the shape of the Saddle Bag has a possible functional element and would be perceived as a ‘practical shape for storing objects,’ further diminishing Dior’s claim that the shape is a distinctive trademark.

Dior appealed this decision, claiming their products are ‘luxurious goods’ and that their consumers would show a ‘high or above average level of attention’ (more than the ‘average’ consumer) when deciding what to purchase.  The nature of the consumer purchasing bags of that price point would, Dior argued, be able to distinguish the Saddle Bag from Chanel’s newest purse, for example. To that effect, Dior included, as evidence, photos of two luxury bags.

They argued that upon comparing these examples to their never-been-done-before riding saddle shape, their mark ‘clearly diverges from the norm’ and is therefore distinctive in the leather goods sector.  Regarding their eyeglass cases, for which Dior also looked to register its 3D mark, it was argued that their mark was ‘memorable and immediately identifiable as coming from the house of Christian Dior Couture and therefore inherently distinctive’ in the eyeglass case sector.

The Board of Appeal was not fully convinced.  On September 7, 2022, they upheld the initial refusal from the EUIPO examiner in relation to class 18.

The Board rejected Dior’s submission that their consumers held a higher level of attention than the average consumer.  The Board stated that the goods in question can be priced very differently.  This widens the pool of relevant consumers beyond the niche category of ‘above average attention’ consumers Dior put forward.

The Board also held that ‘average consumers are not accustomed to presuming the origin of products based on their shape, in the absence of any graphic or textual element.’

Although Dior presented photos of other luxury bags in the sector as evidence that their riding saddle shape differed from the norm, the Board reiterated that a ‘mere departure from the norm’ is not sufficient; there needs to be a significant difference between the sign applied for and customs of the sector.  The Board ruled that this was not the case with the Saddle Bag. However, Dior’s application did succeed for class 9.  Dior’s argument of inherent distinctiveness of their mark in the eyeglasses sector was enough to sway the Board. 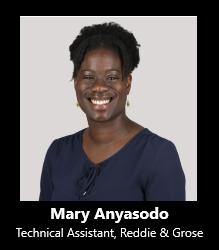 This decision adds to a long list of 3D shape marks being deemed non distinctive, or otherwise unregistrable, in Europe, including Tecnica’s Moon Boot.

Contrastingly, there are instances of the EUIPO accepting 3D marks for class 18 goods if there is another element in the mark.  For example, Pierre Balmain S.A holds a 3D shape mark registration which is in the shape of a bag but also features the Balmain B embossed at the front.  It is likely that Balmain’s B in combination with the 3D shape of the bag aided registration of the mark. 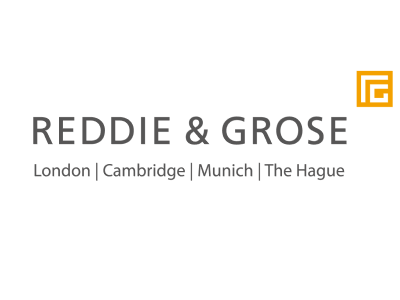