The future of cheese: a debate on the “Gruyere-ness” of the Gruyere cheese 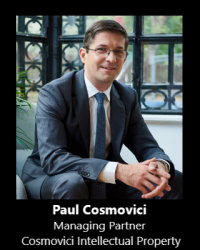 In a recent decision of the US District Court for the Eastern District of Virginia, Alexandria Division, it was ruled that Gruyere cheese does not have to come from the Gruyere region, a canton of Fribourg, Switzerland – where Gruyere cheese has been produced according to the traditional recipe since 1115 –, based on the reasoning that the term is a generic name for cheese and therefore cannot be registered as a trademark. In that sense, the US Dairy Export Council and other groups have opposed the trademark protection of the Gruyere cheese in the US arguing that American consumers depict the Gruyere name as a mere generic name for a cheese of a specific type, in this case a nutty flavored cheese with small holes in it, regardless of the place of origin.

The “Gruyere-ness” of the Swiss Gruyere cheese

In 2001 Gruyere cheese was granted the Appellation d’Origine Contrôlée (AOC) status at national level and in 2011 it received the Protected Designation of Origin (PDO) or Appellation d’Origine Protégée (AOP) certification applying to the whole of Europe. The Gruyere cheese PDO is registered in the Swiss Federal Office for Agriculture (FOAG), meaning that prior to that, the designation can only be used for products that follow through the criteria pertaining to the origin, fabrication process, quality etc.

So, what about the “Gruyere-ness” of the US produced Gruyere cheese?

The Swiss Interprofession du Gruyère and the French Syndicat Interprofessional du Gruyère filed an application with the US Patent and Trademark Office (USPTO), in order to register the term “Gruyere” as a certification mark, that was rejected. Prior to that, the US Dairy Export Council filed an opposition with the Trademark Trials and Appeals Board (TTAB), arguing that the term is a generic one.

The question presented to the Court in the Interprofession du Gruyere v. U.S. Dairy Export Council case of whether “the term should receive geographical trademark protection such that the term may only be used to identify and describe cheeses produced in certain portions of Switzerland and France, or whether the term Gruyere is understood by cheese purchasers in the United States to be generic in that it refers to a type of cheese without regard to where that cheese is produced”. TTAB issued a written opinion arguing that the term Gruyere is “generic for a type of cheese without regard to the cheese’s geographic origins and sustained the opposition to the certification mark”.

The Court eventually decided that the term Gruyere, as understood by the US consumers is generic for a type of cheese and does not refer exclusively to cheese from a specific region, concluding that through genericide and erosion of the term`s meaning through decades of importation, production, and sale of cheese with the Gruyere label, it is ineligible for registration as a certification mark. The decision, now appealed, is applicable only to the US, as in Europe Gruyere is a Protected Geographical Indication (PGI).

European countries are indeed particularly protective of their culinary heirloom, and using the term Gruyere for cheese produced in the US or anywhere else in the world (besides France and Switzerland) can pose a threat to the reputation of the original product and can have damaging effects for that sector of the economy, however it can also be considered a side-effect of the globalization and international trade that simultaneously can make way for a more competitive market and stimulate economies. Of course, if you are a cheese afficionado, you are keen on your Gruyere cheese to actually come from the Gruyere region, and you want to support local economy and tradition, then you might surely want the “real deal”. The case is particularly exciting to follow in the months to come and see whether the appeal will eventually give Gruyere the same fate as Roquefort`s cheese.