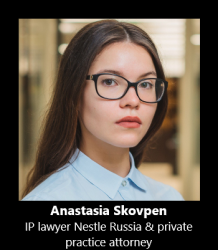 Entertainment One UK Limited, the British company that owns trademarks and copyright to infamous Peppa Pig, filed a claim with the Commercial Court of Kirov Region (Russia) against individual entrepreneur Ivan Vladimirovich Kozhevnikov for violation of the company’s exclusive rights to trademarks No.1212958, No.1224441, and drawings by Peppa Pig, Daddy Pig (Case No. А28-11930/2021). The amount of the claimed compensation was pretty symbolic for such cases – 20000 rubles for trademark infringement and 20000 rubles for copyright infringement.

The court refused to recover compensation, arguing that the UK has adopted sanctions against Russia, legal entities, and individuals, as well as officials, thus seeking compensation for IP infringement is a form of “abuse of right” (bad faith).

The court applied the Decree of the President of the Russian Federation dated February 28, 2022 No. 79 “On the application of special economic measures in connection with the unfriendly actions of the United States of America, foreign states, and international organizations”.

This decree doesn’t allow restriction of IP rights of foreign companies but established regulation of foreign exchange transactions in terms of sanctions passed against the Central Bank of Russia.

However, the court considered that the foreign sanctions themself make the plaintiff’s claim a mala fide (Article 10 of the Russian Civil Code), so the claim was dismissed.

Article 10 of the Russian Civil Code prohibits the exercise of civil rights solely with the intent to harm another person.

In case of non-compliance with this requirement, the court may refuse the claim.

I believe that the court didn’t consider the fact that neither the decree nor other regulations contain any conditions of exercising  IP rights of foreign companies, nor did the fact that the lawsuit was filed long before the Russian invasion.

Moreover, the fact that sanctions were posed against Russia cannot be evidence of the bad faith of the particular legal entity. The court didn’t provide a valid argument for the correlation between a country’s actions and the legal entity’s claim. The domicile of a legal entity cannot be the reason for the claim’s refusal.

Even though this case may start the trend, I do believe that this decision will be overturned in the appeal court, since the argumentation is horrendously weak.