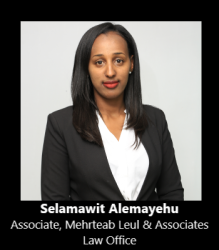 The main essence of a trademark is its ability to distinguish the goods and services of one person from the other. A trademark could be made up of a word, a logo, a combination of these two, a slogan, a color…anything that could be able to clearly distinguish the goods originating from a certain company. A trademark could be naturally distinctive, because of its uniqueness, different and can simply catch the minds of the consumers in relation to the origin of the goods and services. On the other hand, a trademark could be distinctive, because, it acquired its distinctiveness over many years of usage on the relevant market and the consumers tend to create an association between the trademark and the goods. Needless to say, a naturally distinctive trademark can go wild and become generic and descriptive to the point that the products will be named after it. In this case, the mark will be easily circumvented and become vulnerable to unfair competition.

When it comes to a color trademark, it might lack distinctiveness to give protection to an entire color for a single entity. It shall not be justifiably claimed, that one party has exclusive rights to any depiction of a single color. However, when it appears that the use of that color, in the same exact manner that it has been used by another company for a justifiable period of time, it would certainly create confusion and deception on the consumer, as they will be forced to believe that the goods originate from the same undertaking. For instance, If we see the yellow color, used by the DHL courier service, they have established an acquired distinctiveness as a result of many years of usage, throughout the world. Whenever, one see a spinning yellow board across the road, they can easily identify the existence of a DHL office on that spot. This is not established because one is able to see the word mark DHL across the road, instead the color associated with the brand allows consumers to easily identify its services from the others.

Likewise, when it comes to Louboutin Shoes with red soles, the widely known red color affixed on the sole inarguably distinguishes its goods from other high hill shoe products. The Tokyo District court asserted that the red color has been commonly used on shoes to enhance the aesthetic appearance and attract consumers. In fact, red colored shoes is quite common as is for other colored shoes. What makes it distinguishable and capable of protection is the way the color is affixed on the products or the way it is associated with the product. One is considered as wearing the high end, fancy, Louboutin shoes when the color red is shown on the sole of the shoe. This reputation is generated as a result of many years of usage in the market. Trademark protection is meant to protect the reputation and goodwill of business persons engaged in the manufacturing and distribution of goods and services. Third parties will easily enjoy the reputation and goodwill of the business in the absence of trademark protection.

The stakes will be higher when it is a well-known brand such as Louboutin, as they have created an image on the consumers for the red color shoes to be considered as their brand. The Tokyo district court confirmed on its decision that the plaintiff used the trademark for two decades, but considers it to be insufficient for consideration as a well-known trademark. It is beyond surprising to see a single entity playing a dominant position in the market through its products for two long decades but this period is in-sufficient to get the status of a well-known trademark. Allowing other undertakings to use a similar trademark will harm the business interest of the plaintiff since the activities of the defendant is dishonest, misleading and deceptive. We hope the true owner and originator of the red color shoes will get protection for its brand identity through the appellate courts.