An interesting decision of the Board of Appeals of the EUIPO of December 15, 2021 (Volkswagen Aktiengesellschaft / Pinball Factory GmbH). It denies registration of a figurative EU Trademark that includes a representation of a van that is similar to the VOLKSWAGEN three-dimensional registered mark. 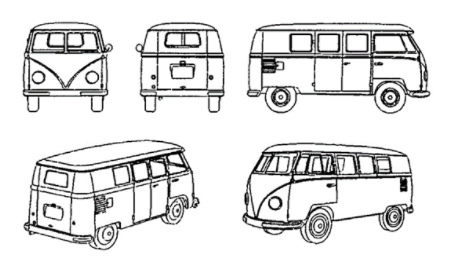 VOLKSWAGEN claimed that its trademarks enjoy a high degree of recognition among the public relevant in relation to vehicles of Class 12, at least.

The EUIPO Opposition Division dismissed the opposition. It considered that:

VOLKSWAGEN appealed the decision before the Board of Appeals of the EUIPO. 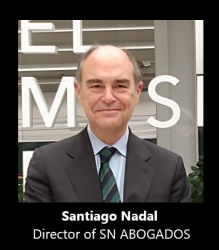 DECISION OF THE EUIPO BOARD OF APPEAL

VOLKSWAGEN argued that the conflicting signs were misleading:

To the contrary, the Board of Appeals found that the VOLKSWAGEN markings are distinctive, because the front of the truck is characterized by a split windshield and the curved V-shape of the hood with circular headlights on each side.

The Board of Appeal maintains that the FLIPPER / PINBALL sign reproduces the front view of the VOLKSWAGEN brand, almost identically. It is only differentiated by the small peace symbol, which is barely noticeable, and the color of the contested sign.

The Board of Appeal takes into account the principle that the consumer does not recall the trademarks in their details, but in their general presentation, to find that the marks were visually similar.

The Board of Appeal concludes that there is a likelihood of confusion. Given the image of the FLIPPER / PINBALL mark applied for, the relevant English-speaking public in the EU will perceive that sign as another version of the earlier VOLKSWAGEN marks, rather than as a trademark with a different commercial origin.

Consequently, both signs cannot coexist on the market and the FLIPPER / PINBALL three-dimensional trademark cannot be registered, due to the possible risk of confusion with the VOLKSWAGEN trademarks.

Written by Santiago Nadal, Director of SN ABOGADOS in Barcelona