House of Zana wins against Zara in trademark battle 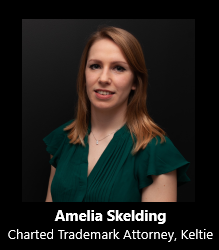 Retail giant, Zara, tried to get Darlington-based fashion boutique, House of Zana, which specializes in handmade kimonos, to change its name.

Mrs Kotrri, whose husband is Albanian, set up her company in 2019 and named it after the Albanian word for “fairies”, namely ZANA. However, having a legitimate reason for choosing a brand name does not play a role in the assessment made by the UK Intellectual Property Office. The decision needs to be based on whether a likelihood of confusion exists.

The Hearing Officer considered Zara to be a common name but found that “the average consumer (a member of the UK general public) would be unaware of the significance of the word Zana in the Albanian language. The word Zana is unusual. It is certainly not a common name in English, and not one that I, as a member of the average consumer group, have ever encountered, and I therefore conclude that it is likely to be perceived as a meaningless word”.

In addition, when assessing the marks it was found that “the words “House of” are flavoured with a gentle grandeur such that they may more fairly be considered to have a degree of distinctiveness, though still a low degree. At any rate, they are far from negligible, and I agree they are not to be ignored…  I do not agree that the third word [Zana] dominates the House of Zana”.

The earlier mark is a single four-letter word, ZARA, in which brevity is part of the overall impression. The contested mark contains two additional words, so the marks differ in their total number of letters by seven, and share only three letters. Therefore, the marks were only found to be visually and aurally similar to a medium to low degree.

Zara is undoubtedly a renowned mark, but the reputation of a mark does not give grounds for presuming a likelihood of confusion. The presence of the additional words “House of” were found to create quite a different visually impression so although those words may not be uncommon, and may be considered of very low distinctiveness, they were considered enough to avoid consumer confusion that would far more likely arise if the comparison were between ‘Zara’ and ‘Zana’ (in isolation). As visual elements are particularly influential in the act of purchasing, no likelihood of confusion was found.

Zara also opposed on the basis that the contested mark would dilute the distinctiveness and reputation of the Zara brand. Whilst it was accepted that the reputed mark ZARA had an image that is capable of transfer, the Hearing Office found “no intention on the part of the Applicant to free-ride in this way”. They accepted that the choice of name was prompted by Ms Kotrri’s Albanian heritage and the idea of clothes manufactured with the magical delicacy of fairies, so “no cynical motive” in the use of the name was found. Also, it was further stated that “even for those who, based on their perception of the similar component, call to mind the word ZARA, I am not satisfied that the mental link would be more than fleeting”. The mental link was found to be too insubstantial and fleeting to result in a transfer of image or any exploitation the earlier mark’s reputation.

This is a huge win for House of Zana given the difficult battle they were up against. In this David and Goliath confrontation, it is nice to see that sometimes David really does win, and from a legal perspective, I think the Hearing Officer came to the right decision. The marks only share three of the same letters and the ‘House of’ wording, along with the other figurative elements, do significantly impact the visual impression.

How often do you see small brands being able to win cases like these?

Unfortunately, not very often. Whilst these ‘David and Goliath’ cases crop up from time to time, in reality, most decisions are found in favor of the bigger brand, or the case never even makes it to legal proceedings because the smaller companies are scared off early on when they receive a formally drafted cease and desist letter. Defending a trademark action like this is expensive and time-consuming. Unless a small brand has a strong case and the stomach for a fight, they normally end up changing their mark/not having the funds to fight the large company.

To avoid being in this position, it is important to conduct trademark clearance searches before filing for or using a trademark. If you need any trademark advice, please get in touch!