I knew you were trouble – Taylor Swift re-records back catalogue in royalties row. Colleyer Bristow report

‘You belong with me’ sang Taylor Swift in 2009 on her second studio album Fearless. But in a bitter twist of copyright law, Swift’s Billboard-topping hit and her early back catalogue does not belong to her but to external investors.

In a move that is ‘sweeter than fiction’, Taylor Swift is re-recording her back catalogue to reclaim her copyright. But will she end up with ‘teardrops on her guitar’, and is there more she could do to leave her royalties ‘safe and sound’? 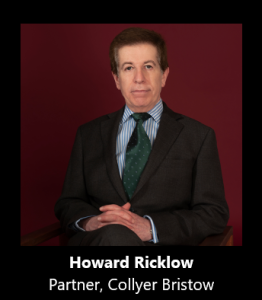 “Taylor Swift signed her record deal with Big Machine when she was just 15. As is usually the case, Big Machine, a Universal company, owns the copyright in the sound recordings and can generally do what it like with them. In fact, it sold her albums to Ithaca Holdings in 2019, a company owned by Scooter Braun, who is Arianna Grande and Justine Bieber’s manager.

“Swift has repeatedly accused Braun of bullying her and was angry when Universal sold her recordings. She claimed she was trying to buy them herself but was ignored. Since then, Braun has sold the recordings for US$300m to another company, Shamrock Holdings.

“To ensure that royalties do ‘belong with me’, she has decided to re-record all her albums, looking to prevent Braun from profiting from the exploitation of the recordings.

“As is commonly the case, Swift would have been prevented from re-recording the songs under the terms of “Re-recording Restrictions” under the deal with Big Machine. Typically, however, they would last between three to six years, so she is broadly free to re-record.

“An obstacle to that may be if the co-writers of her songs objected to her re-recording them. That too is unlikely since under both US and UK copyright practice once a song has been recorded then generally anyone could record covers of those songs.

“Swift has shown the power recording artists increasingly have over their music, the dissatisfaction with contracts signed when very young, and the steps they are prepared to take to ensure they own the rights and royalties of the music they create.”